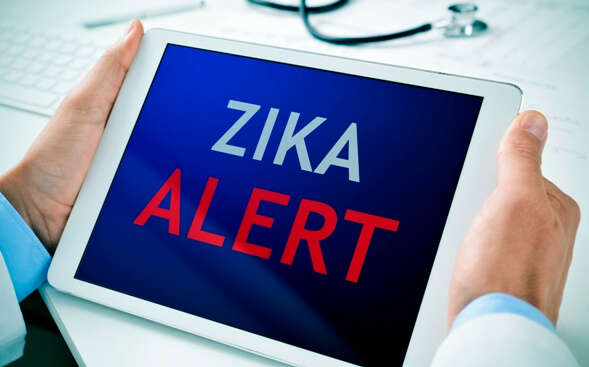 Zika in Spring 2016: The Latest Stats for Travel Nurses

In April, leaders of the Centers for Disease Control meet with state and local government officials to discuss controlling and responding to the mosquito-borne Zika virus that’s linked to microcephaly and temporary paralysis or Guillain-Barre Syndrome. Their Zika Action Plan Summit will help those at the front lines improve preparedness and response on a state by state level.

All travel nurses and labor and delivery travel nurses, in particular, need to know as much as they can about this illness not only to help treat it, but to educate the public about infection and transmission. Given Zika’s extensive media coverage, travel nurses in the NICU and PICU departments bring in should be as up-to-date as possible on this issue.

In February 2016, we published our first post about Zika covering the state of this rapidly spreading virus. There, we explained that at the end of January, 31 Americans had tested positive for the Zika virus. By the end of February, that number had jumped to 100. As of this writing, cases in the continental U.S. (excluding Puerto Rico) number 426, nearly all resulting from travel to the countries considered hot spots.

Puerto Rico, an American territory but not an official state, has the biggest challenge ahead, in fighting Zika. Its hot, damp climate and widespread poverty create ideal conditions for mosquitoes. Currently, 249 Puerto Ricans have been diagnosed with Zika. Centers for Disease Control director Tom Frieden explains that those numbers could rise to 100,000 by the end of the year and include thousands of pregnant women.

So far in the continental United States, no cases of Zika originating with a mosquito bite have been reported. Those traveling to the 40 countries identified by the CDC as centers of Zika have brought the virus back with them, however. The vast majority (306 of the 312) American Zika cases are travel related. The last six cases of Zika stem from sexual contact with a recent traveler. Because Zika’s symptoms are relatively minor (pink rash, low fever, sore joints), however, the CDC estimates that 80% of all cases will go unreported.

CDC travel precautions regarding the Zika virus list the 40 countries where the virus is rampant. The CDC’s alert level for most of these countries remains at “Level 2: Take Enhanced Precautions.” These safeguards include spraying with a repellent that includes DEET, wearing long sleeves and slacks and using a bed net. The site clearly states that women who are pregnant should NOT travel to these areas.

Keep in mind, that despite a somewhat mild “enhanced precaution” warning, in Puerto Rico, government agencies are going house to house, spraying walls, curtains and floors with insecticide. CDC Director Frieden explains that most residents welcome this intervention and that the women tease each other about wearing it like perfume. He states that the benefits of spraying this insecticide far outweigh the risks. Still, individual travelers should make their own decisions about exposure to that level of pesticide. Puerto Rican residents don’t have much of an option; travelers can reschedule.

The latest reports from scientists in Brazil indicate that the risk of Zika is much higher than originally thought, resulting in more extensive brain abnormalities and growth restrictions. It is now thought that more than 2.2 billion people are living in at risk areas.

The CDC’s website also covers the 2016 Summer Olympics in Rio de Janiero, taking place in August. While it posts only a Level 2: Enhanced Precaution alert, again it states clearly that women who are pregnant or could be pregnant should not go.

When Trying to Get Pregnant

The CDC recommends any woman who has symptoms of the virus (pink rash, low fever, joint aches) should first get tested to determine if they do indeed have it. If tests for Zika are positive, they must wait eight weeks after symptoms first appeared before trying to get pregnant.

Male partners of women trying to get pregnant who showed symptoms of Zika and/or tested positive must wait six months before engaging in unprotected sex. The virus actually lives far longer in semen and poses more of a threat to the embryo. Men with Zika symptoms or a positive Zika test who aren’t actively trying to conceive with their partner should still wear protection for six months. There are six verified cases of Zika being transmitted through sexual activity in the United States.

Potential Zika infection of the blood supply has some citizens and healthcare providers concerned. In Brazil, less than ten cases of Zika infection via blood transfusion have been reported. Still, Puerto Rico halted blood collections, choosing instead to import from the continental United States.

Recently, the Food and Drug Administration has approved the use of an experimental test that screens blood donations for Zika contamination. Once the test developer, Roche Molecular Systems, finishes manufacturing the test, Puerto Rico can begin blood donations locally again. Researchers from around the world applaud Roche for developing the test so quickly.

Latest Research: Microcephaly is not guaranteed following a first-trimester infection. In fact, a study from French Polynesia revealed that just one in 100 of the babies of infected mothers developed the disability. As Dr. Laura C. Rodrigues, professor of infectious disease epidemiology at the London School of Hygiene & Tropical Medicine, explains, “It means you have a 99 percent chance of having a normal baby.” Doctors will have more conclusive statistics in June, when they’ll closely monitor 5,000, infected pregnant women set to start delivering then.

In addition to today’s Zika Action Plan Summit, the World Health Organization, state and local health departments and many international groups are working together to limit Zika’s effects. The CDC has put together a Zika Communication Planning Guide for States that travel nurses and their hospitals can use to ease patients’ minds and deliver the most accurate, up-to-date information.

At this point, it doesn’t look as though Zika’s worst effects will appear in the United States to the extent they are in South America and the Caribbean. Still, labor and delivery nurses are always in high demand throughout the United States. Our pediatric travel nurses work in some of the best hospitals in the country with advanced treatments for their young patients. Explore a career in pediatric travel nursing here!

Travel nursing jobs in Southern California open a world of possibilities. Discover the SoCal lifestyle, what to do on assignment and how to get started.

Travel Nursing JAN 23, 2020
The Truth Behind PACU Nursing
Nurses practicing in a post-anesthesia care unit care for patients as they regain consciousness after receiving anesthesia post operation. Read on to find out what life is really like as a PACU nurse.
Travel Nursing APR 01, 2022
Travel Nurse’s Guide to Northern California

Which children’s hospitals rank best in the nation? Check out the 2021-22 honorees from U.S. News, and where you’ll find pediatric nursing jobs at these facilities.