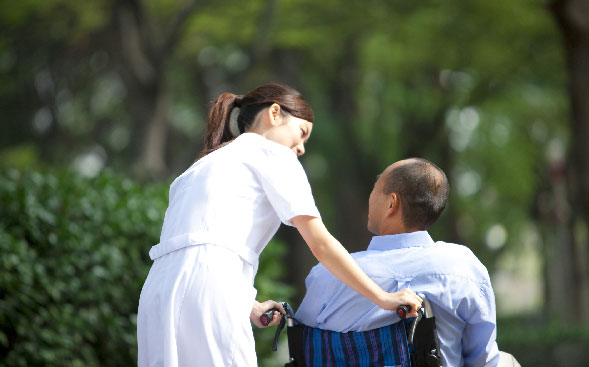 In 2006, the first members of the baby boomer generation--those born between 1946 and 1964--turned 60 years old, edging toward their retirement years and the years in which they’ll likely need increased medical care. Representing more than 75 million people, or nearly one-third of the U.S. population, the baby boomers present a number of challenges that the health care industry will soon be forced to face.

In an effort to increase awareness of these challenges and the need for changes in care delivery to meet the needs of an aging population with new health care demands, the American Hospital Association (AHA) released a report on how the baby boomer generation will impact health care for decades to come.

AHA acknowledged that the over-65 population will triple between 1980 and 2030, with the first baby boomers turning 65 in 2011. Although the health and lifestyle of people at age 65 is very different than it was in generations past--it’s even been said that “60 is the new 50”--the reality remains that chronic conditions continue to plague the population. In fact, AHA reported that more than 37 million boomers will be managing more than one chronic condition by 2030, with one out of four, or 14 million, living with diabetes; almost half will be living with arthritis and more than one-third, or over 21 million, will be classified as obese and living with all the health risks associated with obesity.

“The most obvious challenge that really points to the weakest link in health care is the ability to manage chronic illness,” said Rick Wade, senior vice president of communications for AHA. “In previous generations, these chronic illnesses were the ones that went undetected and eventually killed patients. Now we’ve got technology and medications that have permitted us to manage them and keep them functional much longer but we haven’t developed the delivery system to do that.”

In order to improve health care delivery to address these chronic conditions, Wade explained that hospitals need to focus on forming community-based collaborations and strengthening outpatient services. He added that national attention must be placed on how health care is paid for, and that the boomer generation is the perfect group to advocate for change in this critical area.

“When you think of the boomers, the first part of the group coming up in the 1960s, they were a generation that was involved in social change and social issues,” he said. “Today the needs are for massive change in the way health care is paid for and delivered and we’re going to need a strong wave of activism from the grass roots. The key will be motivating the boomers, who have a strong streak of political activism and many of whom who won’t yet be on Medicare, to have another national debate about health care reform.”

Wade added that workforce changes will need to be made in order to meet the demands of the boomer generation, particularly because many of today’s health care workers are themselves part of the same generation.

“The average age of a hospital nurse is over 40--the bulk of our nurses are in the tail end of the boomer generation,” he said. “We have to figure out strategies to create new workers and find a way to replenish nurses, getting the experienced nurses to move into teaching.”

The nursing shortage will not be the only one affecting the baby boomer generation. Physicians, too, will be in short supply.

“We don’t have enough family physicians, and primary and family care will be important to this generation,” Wade continued. “Plus, we don’t reward our family physicians equally, so they avoid family practice and go into more lucrative areas of medical practice.”

Wade does see one positive trend regarding baby boomers, their expectations and the health care providers that will be at the ready to meet those expectations.

“The baby boomers will be the best-educated and most-savvy seniors this country has ever had and they will insist on power and decision making throughout the health care continuum and into the end of life,” he concluded. “However, there will be a difference in physicians as well, with more women physicians and physicians who are more informed. It’s fortuitous that the upcoming generation of patients and physicians may be better able to communicate than ever before. The same applies for nurses.”