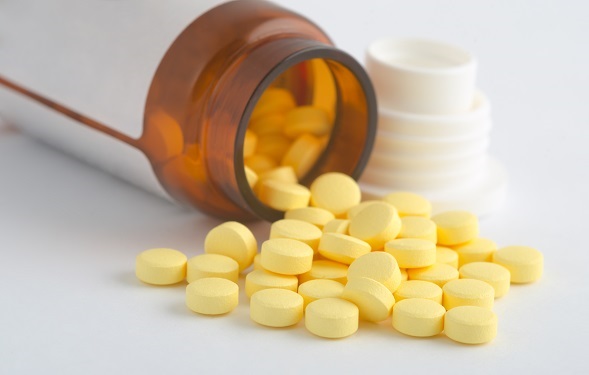 Opioid Prescriptions in the ED: Not What Many Believe

Emergency nurses, nurse practitioners and physicians have heard the rumors.

Many speculate that America’s growing problem of opioid addiction often starts in the emergency department, where practitioners freely write prescriptions for drugs like oxycodone, hydrocodone and methadone for their patients who present with acute pain.

But a new study shows that these perceptions don’t really hold water.

Opioid prescriptions from the emergency department (ED) are written for a shorter duration and smaller dose than those written elsewhere, shows new research led by Mayo Clinic. The study, published September 26, 2017, in the Annals of Emergency Medicine, also demonstrates that patients who receive an opioid prescription in the ED are less likely to progress to long-term use.

This challenges common perceptions about the ED as the main source of opioid prescriptions, researchers say.

“There are a few things that many people assume about opioids, and one is that, in the ED, they give them out like candy,” says lead author Molly Jeffery, PhD, scientific director, Mayo Clinic Division of Emergency Medicine Research.

“This idea didn't really fit with the clinical experience of the ED physicians at Mayo Clinic, but there wasn't much information out there to know what's going on nationally,” she added.

FIND hundreds of emergency nursing jobs across the U.S. with American Mobile.

To study 5.2 million opioid prescriptions written for acute – or new-onset – pain across the United States between 2009 and 2015, the researchers used the OptumLabs Data Warehouse, a database of de-identified, linked clinical and administrative claims information.

None of the patients in the study had received an opioid prescription for the previous six months, which made it easier to compare doses by eliminating patients who built up a tolerance to the drugs.

Researchers found that commercially insured patients who received opioid prescriptions from the ED were:

An opioid prescribing guideline from the Centers for Disease Control and Prevention (CDC) issued in 2016 cautions against exceeding a 3-day supply or 50 milligrams of morphine equivalent per day for acute pain.

“As an emergency physician, it was a good surprise to see the results of the study,” said senior author M. Fernanda Bellolio, MD, research chair of the Mayo Clinic Department of Emergency Medicine.

Also unexpected, the researchers say, were the number of prescriptions that exceeded 50 milligrams of morphine equivalent per day.

Prescription opioids have been the topic of much research and political debate in recent years, and for good reason.

More than 41 people per day died from a prescription opioid overdose in 2015, and in the last 15 years, the number of Americans receiving an opioid prescription and the number of deaths involving overdoses have roughly quadrupled, according to the Centers for Disease Control and Prevention (CDC).

Countless other cases of opioid abuse continue to threaten the public health, resulting from both prescription and nonprescription opioids.

Comparisons and risks of opioid prescriptions

The Mayo Clinic researchers found that 1 in 5 commercially insured patients in a non-emergency department setting received a dose exceeding the CDC guideline. People receiving prescriptions exceeding CDC recommendations – regardless of where they were written – were three times more likely to progress to long-term use.

“Patients and physicians should be aware of the risk of long-term use when they're deciding on the best treatment for acute pain,” Bellolio said.

“I think providers may look at this and really get a sense that what they do with that first prescription can be very important in the risk of the patient continuing to chronic use of opioids,” she commented.

“What we want to avoid is people having a large prescription and having lots of pills left over,” Jeffery continued, “because at that point it becomes a risk for their family members and other people who come to their home, that those drugs could be diverted, where somebody who is not the intended recipient takes the drug and potentially takes it for nonmedical reasons and in an unsafe way.”

“Limiting prescriptions to 3-7 days is a good balance between patient burden on having to go back to the physician and that safety,” she added.

The researchers hope this study will help combat what the CDC calls an opioid epidemic by working toward an ideal prescription to match each patient’s need.

“There is a large amount of variability across patient populations in the amount of opioids people receive for acute pain, depending on where they receive their prescription,” Jeffery said. “When we see variability on such a large scale, we should worry that some people are not getting the best, most appropriate treatment.”

The researchers also note a positive trend: The proportion of prescriptions progressing to long-term use dropped over the study’s 15-year period.

The team now is studying what’s driving the differences between ED prescriptions and other practice settings. They hope shedding light on why there’s a difference will reduce the variation in prescriptions and help health care providers determine the best treatment for each individual.

SIGN UP for travel nursing job alerts in your specialty, or APPLY to start your travel RN career with American Mobile.

Nursing News SEP 25, 2018
Critical Thinking in Nursing: Why It's Important and How to Improve
Critical thinking in nursing is the difference between blindly following the doctor's orders and accepting responsibility for your patient's care. Here are some examples of critical thinking in nursing and why it's so important.
Nursing News JAN 16, 2020
Do Nurses Take the Hippocratic Oath?
There may not be a Hippocratic Oath for nurses, but that doesn't mean new graduates are completely without a shared moral compass. Learn more about the Hippocratic Oath and how nurse ethics are shaping modern-day patient care.
Nursing News NOV 19, 2018
What Happens When You Have a Suspended Nursing License
Having a suspended nursing license means you can't legally practice nursing. Many reasons could warrant suspension of your nursing license, and the steps required to petition for reinstatement vary by state. Learn more about what happens when you have a suspended nursing license with this guide.
Nursing News AUG 24, 2016
10 Ways to Ensure Respectful Care of ICU Patients
ICU nurses work in stressful environments to save lives; these 10 things help maintain patient dignity and treat ICU patients with respect amid the chaos.
Nursing News NOV 9, 2018
Top 10 Advantages and Disadvantages of Being a Nurse
Helping save a life and making a positive difference in your patients’ quality of care are major advantages of being a nurse, but there are also some disadvantages. Decide if a nursing career is right for you with this list of top advantages and disadvantages of being a nurse.