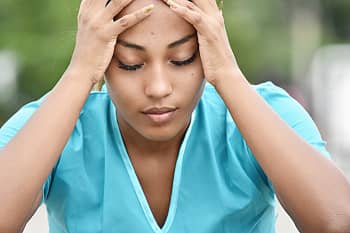 If diminished nurse job satisfaction and feelings of disrespect have you thinking you should have chosen a different career path, you’re not alone.

Medscape’s annual survey on nurse career satisfaction reported the opinions of 10,523 nurses on numerous topics, including the best and worst aspects of the profession.

While it’s not surprising that helping people and making a difference in people’s lives topped the chart as the best aspect of nursing for many nurses, the percentage of nurses feeling disrespected may come as a shock.

When asked about the worst aspect of nursing, nurses in every role but NPs cited administration interaction and workplace politics as their top pick. However, lack of respect was a concern among many nurses surveyed.

An astonishing 18 percent of LPNs cited disrespect as a drawback of nursing, which ranked it as the number two complaint within this nursing role. However, LPNs with more time on the job cited this reason more frequently than newer LPNs.

Next in line were NMs with 12 percent of those surveyed feeling disrespected, and 9 percent of LPNs and 7 percent of RNs, CNSs and NPs also felt the sting of disrespect.

Gaining Respect from Others

While it's normal to have some bad days and challenging patients during your career, there are some things you can do to mitigate disrespect and increase nurse job satisfaction.

If the need for a little R-E-S-P-E-C-T has you wishing you’d pursued a different career, consider training for a new path within nursing or switch to a new practice setting to potentially regain your nurse job satisfaction.