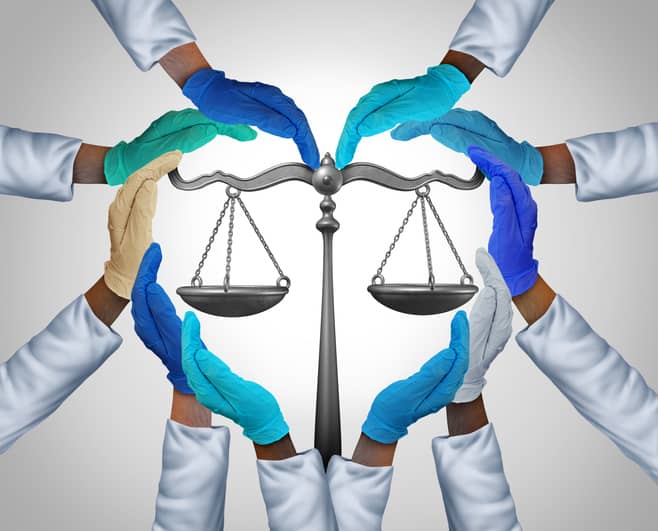 New Laws Affecting Nurses in 2013 and Beyond

What kinds of changes will you encounter this year in regards to your nursing duties, educational requirements and scope of practice? It depends on where you live. Some states have already enacted new laws related to registered nurses and nurse practitioners, and several more have legislation pending. As 2013 continues to unfold and a new session of Congress gets underway, new legislation is also percolating at the federal level that could affect nurses and nursing practice across the country.

Among the changes to watch for, a number of states may consider legislation that would require nurses to get a baccalaureate degree within a certain number of years after entering practice. Colloquially known as “BSN in 10” bills, this type of legislation was filed in New York and New Jersey last year and is expected to be addressed again in 2013.

The two “BSN in 10” bills that were filed in New Jersey in 2012 will carry over to the new legislative session for 2013.  And in New York, State Sen. Toby Ann Stavisky has filed a bill, SB628, which would require nurses to attain a baccalaureate within 10 years of their initial licensure (with some exceptions). On January 9 the bill was referred to the legislature’s higher education committee.

Although New Jersey and New York are currently the only states with “BSN in 10” legislation pending, according to the National Council of State Boards of Nursing (NCSBN), other states are considering legislation with similar requirements.

In a few instances, new laws are already taking effect will impact nursing practice this year.

For example, a new law went into effect in California in January 2013 that allows registered nurses to dispense birth control pills--without first doing a comprehensive exam and without direct supervision of a physician. Assembly Bill 2348, also known as the “Timely Access to Birth Control Bill,” was sponsored by Asm. Holly Mitchell (D-Los Angeles) as a way to increase women’s access to contraception.

The California Nurses Association (CAN) did not support the final version of the bill that became law. The CNA’s government relations director, Bonnie Castillo, explained that the law is problematic because it does not require a physician or nurse practitioner to see the patient early in the process.

“We vehemently opposed that because it just doesn’t make sense,” said Castillo.

The CNA would have preferred a law that would have called for a physical exam earlier in the process. As it stands now, the law only requires that a woman see a physician or nurse practitioner within a three-year period. That effectively rules out the opportunity for the nurse practitioner or physician to provide vital health screenings or even offer alternative contraceptive options, such as an intrauterine device (IUD) that might be a better choice for some women.

“We agree that there needs to be more access,” said Castillo. “We want access with greater choice and efficiency and greater screenings up front.”

Other priorities to watch

The Telehealth Promotion Act of 2012 was introduced in late December is expected to be reintroduced in the 2013 session of the U.S. House of Representatives. The bill, if it becomes law, would expand telemedicine services and could affect nursing practice and licensure across state lines.

The American Nurses Association (ANA) plans to continue to monitor legislation, and potential legislation, on a number of issues--including the removal of practice barriers for advanced practice registered nurses, safe nurse staffing and workplace violence.

The Institute of Medicine’s landmark Future of Nursing report and the Affordable Care Act have given momentum to the movement to expand access to primary care, and one way in which to do that is to allow advanced practice nurses to practice to the full extent of their training. “I think now is the time,” said Janet Haebler, ANA’s associate director for state government affairs.

New Jersey currently has S-2354 (A3512), the “Consumer Access to Health Care Act,” which would remove the joint protocol regulatory barrier that requires nurse practitioners to have a collaboration with a physician in order to prescribe medications. State Sen. Joseph Vitale introduced the bill in November, and it has been referred to the senate’s Health, Human Services and Senior Citizens Committee.

“There are other states that are working on this,” noted Haebler, adding she anticipates similar bills to be filed in Missouri, Illinois and some other states.

The state bills will probably keep coming over the next couple of months. Haebler noted that March tends to mark the peak of the bill-filing season, although some states’ legislatures operate year-round and are not as constrained with filing limits.

According a Health Affairs Policy Brief in October 2012, these scope of practice discussions and legislation should be a hot topic well into the future, with the National Conference of State Legislatures reporting that as of February 2012 approximately 50 bills had been introduced in various state legislatures related to changing scopes of practice that would affect nurses, including advanced-practice nurses.

The ANA is also hoping to garner some support--and some sponsors--in Washington D.C. for federal legislation to support safe nurse staffing this year.

Nursing News JAN 16, 2020
Do Nurses Take the Hippocratic Oath?
There may not be a Hippocratic Oath for nurses, but that doesn't mean new graduates are completely without a shared moral compass. Learn more about the Hippocratic Oath and how nurse ethics are shaping modern-day patient care.
Nursing News DEC 07, 2018
Nurse Charting Tips and Tricks to Nailing Patient Charting
Accurate charting in nursing is vital to avoid medical errors, ensure high-quality patient care and protect medical staff from claims of malpractice. Learn some helpful nurse charting tips to help you improve your patient charting and time management skills in this guide.
Nursing News OCT 26, 2022
7 Best Things About Being an Oncology Nurse
What makes oncology nursing jobs worth more than just the salary you earn? Oncology RNs share the top 7 things about their nursing specialty.
Nursing News OCT 26, 2022
5 Team Building Activities for Nursing Units
Is your nursing unit lacking unity? Learn about five team-building activities for nursing units that supervisors and other nursing leaders can use to promote a sense of belonging among the nursing unit.
Travel Nursing Questions
How can I help you?