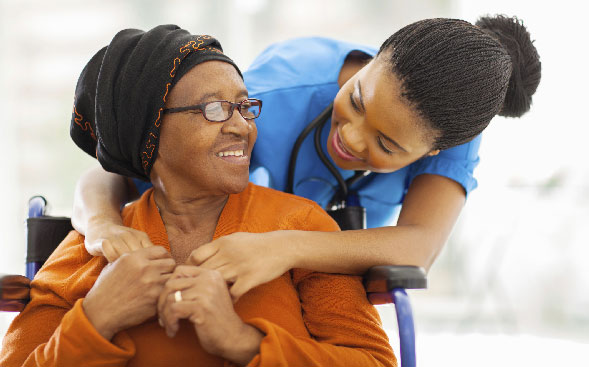 When Minority Health Month is celebrated each April, it offers the chance for health care providers to take a fresh look at where health disparities still persist for many minority populations.

For example, the Centers for Disease Control and Prevention published its second Health Disparities & Inequalities Report in 2013, which documented some of the biggest gaps that exist. Among other results, the report found that African American adults were nearly twice as likely to have diabetes compared to white adults, and blood pressure control in adults with hypertension tended to beg lowest among Mexican Americans, 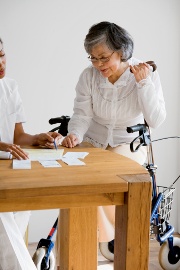 as well as people without health insurance, unmarried people and people born outside the United States

Achieving health equity isn’t easy, but looking for health disparities, acknowledging them and tracking them is critical to the success of any efforts to reduce them.

Community health researcher Hae-Ra Han, Ph.D., RN, has seen first-hand the importance of understanding a population and its unique culture and needs.

“You really have to understand the culture and how the community is organized,” said Han, an associate professor in the department of community–public health at the Johns Hopkins School of Nursing. “Each community has its own unique ways of doing things, and gatekeepers.”

For example, during one research project, Han hoped to find ways to boost the cancer screening rates among Korean women. She knew it would be difficult. But she also knew that the church attendance rate in that Korean community was at least 80 percent. With that knowledge, she sought out members from the churches who would agree to help. She and her team trained those church members to serve as frontline workers who could educate and answer questions from the women.

But for another study that focused on boosting cervical cancer screening rates among women with HIV in the African American community, Han did not use the same model.

“Just because one approach worked in one community does not mean that it will work in another,” she said.

Belinda Reininger, DrPH, MPH, a professor at the University of Texas, School of Public Health, Brownsville Regional Campus, agreed that interventions and efforts should be specifically tailored for a community.

“It has to be culturally relevant and acceptable,” said Reininger, whose research often focuses on addressing health disparities in the Latino community near the Texas–Mexico border.

She also noted that health equity efforts must be comprehensive.

“There are so many other factors that influence one’s health, not just the times that they’re in the doctor’s office for a visit,” she said. “That is an important time, no doubt, and it can provide people with motivation and information that they would not otherwise have. But what we’re trying to do is to create wraparound services and community support and environmental change and policy changes, so that once they leave that doctor’s [office] visit, everything else aligns with those recommendations so they can make those changes.”

A continuing emphasis on minority health

While gaps persist, the attention to minority health and health equity is gaining traction on a national level.

The U.S. Department of Health and Human Services released the “HHS Action Plan to Reduce Racial and Ethnic Disparities: A Nation Free of Disparities in Health and Health Care” in 2011 to shine a spotlight on the problem and to set goals for closing the gaps.

And patient satisfaction seems to be linked with cultural competency efforts, which could provide additional momentum. A 2012 study in the journal Medical Care found that hospitals with higher levels of cultural competency tended to log higher HCAHPS (Hospital Consumer Assessment of Healthcare Providers and Systems) scores.

Reininger said she would encourage anyone with a passion for addressing health disparities to seek out partnerships with multiple organizations that have a stake in the community.  They can work together to find solutions and make systemic change.

“It is our professional responsibility as clinicians, administrators, and policymakers to improve the way we deliver care to diverse patients, including patients of any racial or ethnic background,” he wrote. “We can do better.”

Nursing News JUN 25, 2020
5 Team Building Activities for Nursing Units
Is your nursing unit lacking unity? Learn about five team-building activities for nursing units that supervisors and other nursing leaders can use to promote a sense of belonging among the nursing unit.
Nursing News NOV 09, 2018
Top 10 Advantages and Disadvantages of Being a Nurse
Helping save a life and making a positive difference in your patients’ quality of care are major advantages of being a nurse, but there are also some disadvantages. Decide if a nursing career is right for you with this list of top advantages and disadvantages of being a nurse.
Nursing News SEP 25, 2018
Critical Thinking in Nursing: Why It's Important and How to Improve
Critical thinking in nursing is the difference between blindly following the doctor's orders and accepting responsibility for your patient's care. Here are some examples of critical thinking in nursing and why it's so important.
Nursing News OCT 29, 2018
Compassionate Nurse: The Importance of Compassion in Nursing
Being a compassionate nurse is vital, because it helps ease your patients' pain and suffering while providing the emotional support they need. Learn more about the importance of compassionate care and how your patients benefit with our examples of compassion in nursing.