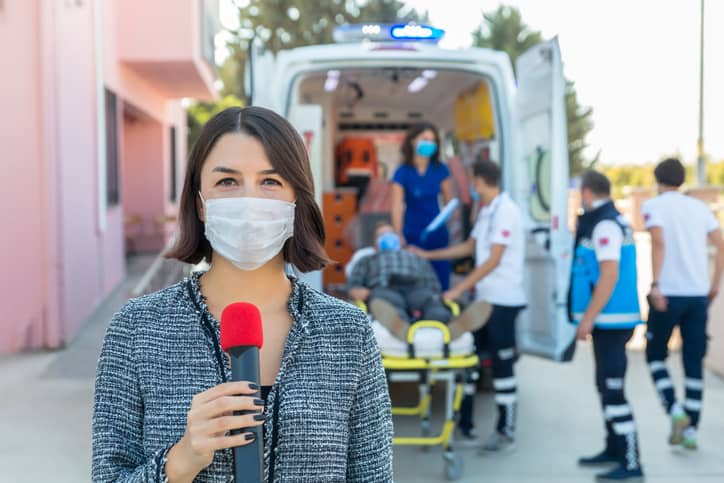 How the Media Influences Perceptions of Nursing

Despite less-than-authentic portrayals of nurses on some television shows, the media positively influences public perceptions of the profession, according to a new study.

“Either it made no difference in terms of respect in the lives of Americans, or the exposure led to more respect,” said the study’s co-author Peter Buerhaus, Ph.D., RN, FAAN, the Valere Potter Distinguished Professor of Nursing and director of the Center for Interdisciplinary Health Workforce Studies at Vanderbilt University Medical Center in Nashville, Tennessee.

“The public has its perceptions of nurses in mind, and [they] are able to separate what they see on television and what they hold and believe about nursing and their personal experiences,” said Buerhaus. “Even when there are images we might not like, it doesn’t seem to knock the patient’s strong favorable impressions.”

Prior to this study, Buerhaus said, little evidence existed about how the public sees nurses through images in the media. The study drew data from the National Survey of Registered Nurses, a mail survey of nurses, and the 2006 National Survey of the Public about Nursing, with telephone interviews of 1,604 people conducted in the spring of 2007.

People who watch medical television shows, such as “Scrubs,” “ER” and “Grey’s Anatomy,” were more likely to recommend nursing or medicine as a career than those who did not view the programs. News stories about nurses helping out in disasters, such as Hurricane Katrina, or in stories about nurses related to patient safety had an especially positive effect.

“These have tremendous opportunities for the thoughtful nurse executive and professional organizations,” Buerhaus said. “Whenever you have a disaster story and your nurses involved, get that out to the media. People like that. It’s good for the profession and stokes that strong relationship with the public.”

When asked to tell the interviewers the first thing that came to mind when they heard the words registered nurse, about one in five respondents in both the nursing and public groups said “care” or “compassion.” Twenty-three percent of nurses said “professional,” while only 8 percent of the public did. However, the public acknowledged the skill, knowledge, licensure, and certification of nurses.

“It’s been the view of some that the idea nurses are about caring for people is harmful and is not the right image to portray to the public,” Buerhaus said. But the study found nurses associate themselves with caring, as does the public. “The good news is the public and nurses also see other dimensions about nursing. It’s not just about caring. [But] that’s not an attribute I see as a weakness.”

Even though the study indicated the public thinks positively about nurses, it has not translated into more people choosing the career. Twenty-five percent of respondents considered a nursing career, and 2 percent were nurses. Among the reasons listed for not pursuing the profession, respondents cited conflicts of time and commitment and financial or educational barriers.

“I think we are on the verge of seeing a dramatic change in all that,” Buerhaus said. “With the national economy going down, at one level there is fear about jobs and economic security.”

Buerhaus expected that, as unemployment rates go up, more people would look at the nursing profession as a good job that seems almost recession proof and offers security.

“We’ve seen in the past when there are downturns in the economy, you get available nurses not working or working on a limited basis increasing their work activities,” Buerhaus said.

The study also found that public respondents were more likely to recommend nursing as a career than nurses, 92 percent vs. 70 percent.

When asked about the main reasons for shortages, the public responded differently than nurses. The public sees nursing shortages as primarily driven by salary and benefits. Fifty-three percent said nurses are underpaid, while only 30 percent of nurses said the nursing shortage was related to salary and benefits. Nurses consistently pointed to working conditions and faculty shortages as causative factors. Yet the public does not seem to understand how a faculty shortage contributes to not having enough nurses at the bedside.

“That’s one of the most important policy implications of this [study], the need to educate the public about the faculty issue,” Buerhaus said. “Thank God, we don’t have to sell the public [the shortage] is an important problem and worthwhile.”

Nursing News JUN 15, 2017
The Top Ethical Challenges for Nurses
Nurses experience moral distress when they cannot do “the right thing” for patients. See what tops the list of ethical dilemmas.
Nursing News JAN 16, 2020
Do Nurses Take the Hippocratic Oath?
There may not be a Hippocratic Oath for nurses, but that doesn't mean new graduates are completely without a shared moral compass. Learn more about the Hippocratic Oath and how nurse ethics are shaping modern-day patient care.
Nursing News FEB 28, 2019
Top 5 Ethical Issues in Nursing in 2019
Deal with ethical issues in nursing by embracing the American Nurses Association’s nursing code of ethics. Take your concerns to your nurse manager or ethics committee when you’re unsure how to handle ethical dilemmas. Examine the top ethical issues nurses may face in the coming year in this guide.
Nursing News JUN 15, 2017
New Health Care Delivery Models are Redefining the Role of Nurses
New health care delivery models that elevate nurses' roles to “care integrators” may offer more efficiency with better patient.
Nursing News NOV 9, 2018
Top 10 Advantages and Disadvantages of Being a Nurse
Helping save a life and making a positive difference in your patients’ quality of care are major advantages of being a nurse, but there are also some disadvantages. Decide if a nursing career is right for you with this list of top advantages and disadvantages of being a nurse.