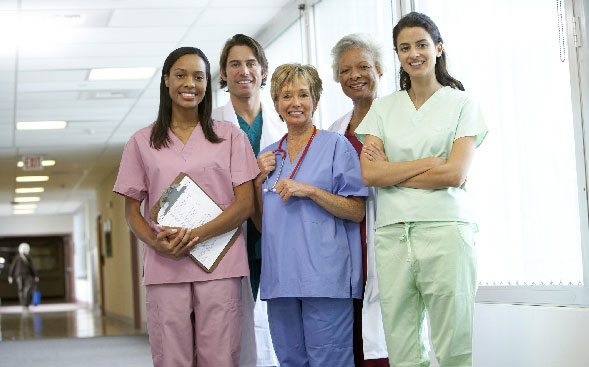 Exploring the Generation Gap in the Nursing Workforce

Each generation of nurses has its own set of strengths and weaknesses. Mix them all together and you can wind up with a nursing staff with enormous talent and abilities but also a tendency to occasionally clash, especially with regard to their different approaches to work.

Understanding generational differences and learning to manage them effectively can lead to improved satisfaction among nurses--and maybe even better retention.

Understanding the differences in each generation

The good news is that it is possible to help nurses from different generations learn to understand each other better and to work together as a cohesive unit. The first step is for nurses and nurse managers to realize that there will always be some small differences that distinguish each generation and to not let them get in the way of working together.

“We need to focus on the things that we can fix,” said K. Lynn Wieck, Ph.D., RN, a professor at the University of Texas at Tyler.

And understanding generational difference and learning to manage them effectively can lead to improved satisfaction among nurses--and maybe even better retention.

Here’s a snapshot of each of the four generations currently in the workforce:

Veterans / Silent Generation
• Born before 1946
• Grew up in a difficult time, marked by war and the Great Depression
• Appreciate hard work and discipline
• Tend to be respectful toward authority
• Tend to be financially conservative and cautious
• Usually not very technologically savvy
• Most are retired, but some are still working

Generation X
• Born roughly 1964 to 1980
• Many had mothers who worked outside the home; very self-reliant
• Favor a good work-life balance
• Technology is very important
• Much smaller generation than the Baby Boomers
• Many are moving into nurse manager positions

Generation Y/ Millennial Generation:
• Born between 1980 and 2000 (some researchers consider the generation to cover 1980 to 1990)
• Second largest generation
• Raised by parents who lavished a lot of attention on them
• Raised in a time of relative affluence
• Very tech savvy; technology has always been part of their lives
• Exhibit a high degree of altruism and volunteerism
• Small percentage of nursing workforce—but growing

Learning to understand each generation and how it approaches the world--and work--is crucial to avoiding conflict.

“The more people understand about generational theory, the more they can understand why it’s happening and what to do about it and how to capitalize on it,” said Rose O. Sherman, RN, Ed.D., director of the Nursing Leadership Institute and an assistant professor of nursing at Florida Atlantic University in Boca Raton, Florida. “You can create synergy when you know what people’s strengths are.”

Examining the hallmarks of each generation can generate knowledge in areas of potential conflict. For example, Wieck noted one particular conflict that can and does often arise between Baby Boomers and younger people, notably the Gen Xers. Baby Boomers tend to see their work as an extension of themselves; they live to work and they often sacrifice a lot for work, and they resent it when they see people who don’t seem to do the same.

“They see people who don’t want to work that hard as uncommitted and that’s a huge issue with these young people who come in and want balance,” Wieck said. “That’s part of the friction that we have.”

Meanwhile, the Generation X nurses might be chafing at being put into a position where they feel like they have to sacrifice too much of their personal time. This generation witnessed their parents throwing themselves into their work, often at the expense of their personal lives and they chose not to do the same. They also tend to have less loyalty to a specific institution than they do to their own careers and lives.

“They came into the workforce with a keen sense of the need for balance,” Wieck said. “They said, ‘I’m going to work hard but I’m going to have fun, too.’”

Those conflicts could cause strife on a hospital floor if they go unaddressed. So experts tend to recommend that administrators and managers address the issues head on.

“Talk about it,” Wieck said. “Talk about the generational differences. There’s a big push in this country not to talk about our differences, and it’s almost become taboo…that’s too bad.”

She continued, “Say what it is that you expect. Say what bothers you. Then talk about the differences.”

Wieck suggested that nurse managers could also facilitate group discussions among their staff, or  create a team of nurses from a mixture of generations and ask them to study a problem and give each generation’s perspective. That can be especially useful for issues such as strategic planning for the future, Sherman suggested.

“You’ve got to look at it from all different angles,” she said.

Managers and administrators can also capitalize on their various nursing generations’ strengths, Sherman said. For example, millennial nurses may be young, but they are very comfortable with technology; they may be the best group of people to test-drive and evaluate new technology--and then they can coach older nurses in learning how to use it.

But not every hospital or health care institution has a firm grasp on the ages and generations of its nursing staff. According to Sherman, a good place to start for many administrators is to collect such information and create a generational profile of each unit. Then they can study and pinpoint any  problems that may exist.

Understanding generational differences could help institutions when it comes to designing benefits, too. They may want to consider offering a menu-driven plan that would allow nurses to select benefits that best suit them and their stage of life.

“I think there are enormous payoffs if people pay attention to this, in terms of recruitment, retention, satisfaction,” Sherman said.

FIND OUT how travel nursing jobs can benefit you, at any stage of your career. APPLY with American Mobile today!