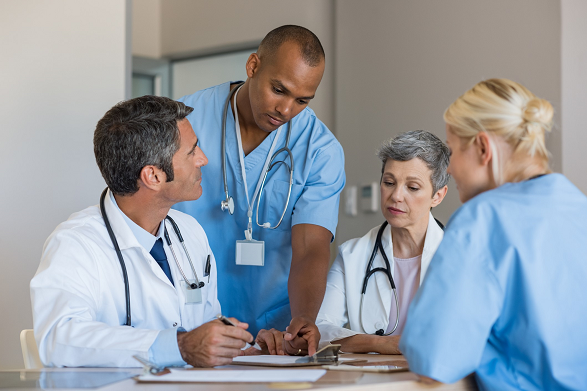 For more than a decade, nurse researchers have recognized that low registered nurse staffing presents risks for patient outcomes and death. Now, a new study confirms the relationship between poor nurse staffing and mortality but also found the danger if the unit has low nurse support staffing.

A different approach to staffing studies

Needleman and colleagues at Columbia University in New York analyzed data for more than 133,000 shifts from a three-campus academic medical center and considered shifts with less than 75 percent of the annual median staffing as being low staffed. The facilities were not in California, which has minimum nurse to patient ratios. Exceedingly low staffing as determine by nursing administrators at the facilities studied were excluded, as were surgical and mental health patients, those with community-acquired infections, and patients with a length of stay of less than three days.

The methodology used in this latest study differs from some earlier nurse staffing research, which tended to compare high- and low-staffed hospitals or reports from nurses about their last shifts. Needleman and colleagues controlled for factors beyond staffing, such as equipment or technology, by including only one hospital system.

“What is differing here is the shift-to-shift ability of the hospital to meet the expected, usual or target staffing,” Needleman said. “These studies provide strong indications that it is the staffing that makes the difference.”

Additionally, the recent Needleman study analyzed nurse support staffing levels, which included licensed practical nurses and nurse’s aides. The study also looked at the effect of patient turnover on mortality but did not find an affect.

“When we just analyzed the RN staffing, we saw a clear association between nurse staffing and patient outcomes,” Needleman said.

During the course of the six-year study, mortality declined from 4.2 percent in 2007 to 3.6 percent in 2012. The researchers found mortality associated with low RN staffing, low support staffing and during instances in which both RNs and support staff members were low.

The researchers hypothesize that when nurse support staff levels are low it means fewer eyes on the patient. Support staff might pick up on a change in condition and call it to the nurses’ attention. Additionally, it could be due to RNs taking responsibility for support staff duties, such as delivering food trays, gathering supplies or transporting patients, leaving RNs with less time to properly care for patients.

“They are competing [theories] and potentially complementary,” Needleman said. “Additional research will be needed to differentiate.”

Interestingly, a British study published in the August 2019 issue of BMJ Quality & Safety found that while high nursing assistant staffing was associated with increased mortality as was low nursing assistant staffing. Needleman suggested several factors could be at play, such as when a ward has poor nurse staffing, administration might bring in more assistants. That British study found low RN staffing was associated with worse patient safety than when RN staff is satisfactory. Additionally, nursing assistants may complete different tasks in the United Kingdom.

Nursing News SEP 25, 2018
Critical Thinking in Nursing: Why It's Important and How to Improve
Critical thinking in nursing is the difference between blindly following the doctor's orders and accepting responsibility for your patient's care. Here are some examples of critical thinking in nursing and why it's so important.
Nursing News JAN 16, 2020
Do Nurses Take the Hippocratic Oath?
There may not be a Hippocratic Oath for nurses, but that doesn't mean new graduates are completely without a shared moral compass. Learn more about the Hippocratic Oath and how nurse ethics are shaping modern-day patient care.
Nursing News NOV 19, 2018
What Happens When You Have a Suspended Nursing License
Having a suspended nursing license means you can't legally practice nursing. Many reasons could warrant suspension of your nursing license, and the steps required to petition for reinstatement vary by state. Learn more about what happens when you have a suspended nursing license with this guide.
Nursing News AUG 24, 2016
10 Ways to Ensure Respectful Care of ICU Patients
ICU nurses work in stressful environments to save lives; these 10 things help maintain patient dignity and treat ICU patients with respect amid the chaos.
Nursing News NOV 9, 2018
Top 10 Advantages and Disadvantages of Being a Nurse
Helping save a life and making a positive difference in your patients’ quality of care are major advantages of being a nurse, but there are also some disadvantages. Decide if a nursing career is right for you with this list of top advantages and disadvantages of being a nurse.