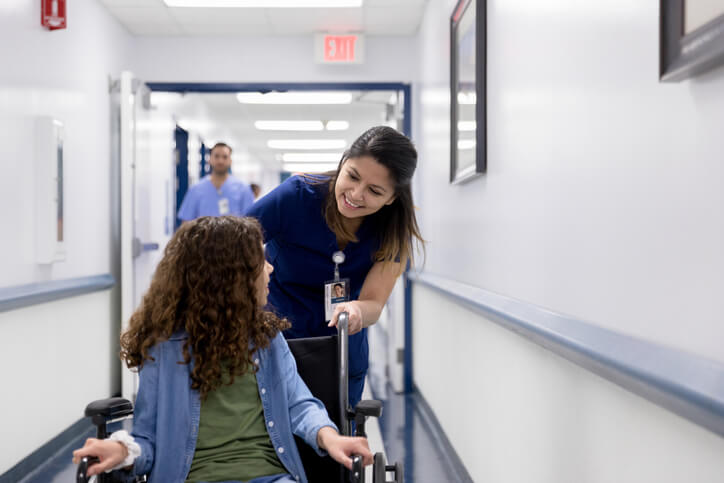 Want to Work in the Best Children's Hospitals in the U.S.?

Pediatric nurses have the distinct honor and privilege of taking care of our future. Some work in pediatric primary care, while others serve in pediatric hospitals. From the PICU or pediatric oncology unit to pediatric step-down and OR, there are many different hospital units where a pediatric nurse can work.

But what makes a children’s hospital stand out from others? We looked to the new U.S. News & World Report’s list of Best Children's Hospitals that was released in June 2021 to give travel nurses the scoop on our nation’s best pediatric facilities.

Now in its 15th year, the annual U.S. News list of Best Children's Hospitals ranks the nation’s top 50 medical centers in 10 specialties. Using surveys of hospitals and pediatric specialists across the country, rankings are based on how well a hospital performed in three broad areas of quality, including clinical outcomes, efficient coordination of care services and providing care-related resources, including ample nursing staff.

The final 2021-22 list includes 89 hospitals ranked among the top 50 in at least one pediatric medical specialty. Ten children’s hospitals were named to the annual Honor Roll, for being highly ranked in many specialties. This year, pediatric facilities were also highlighted for being best in their state or region.

Want to work at one of the nation’s best children’s hospitals? Ask an American Mobile recruiter about pediatric nursing jobs at these and other top-ranked facilities.

“In a year full of tough times and many challenges, we are extremely honored to be named the top children’s hospital in the nation,” said Boston Children’s CEO and president, Kevin B. Churchwell, MD, in a press release. “This ranking is a testament to our deeply committed Boston Children’s family, who never wavered as we moved forward through the pandemic together. Despite all the unknowns, our team remained focused, strong and safe, supporting our patients and families, near and far, remotely and in-person. They did whatever it took to get the job done, and I am enormously proud of them.”

Ranking in 6th through 10th place on the national Honor Roll are the following facilities:

The Top Pediatric Hospitals in 10 Specialties

The U.S. News report ranked the best children’s hospitals in 10 different specialties. The top winner in each category included:

The report includes full rankings of the top 50 hospitals within each pediatric specialty. Pediatric travel nurses looking to build their resumes can seek out contracts at these nationally-ranked facilities.

Use Your Skills as a Traveling Pediatric Nurse

Want to use your pediatric nursing skills in a new setting? American Mobile has travel assignments at some of the nation’s top hospitals, including many exclusive pediatric travel nurse jobs!

As a travel nurse, you’ll have the opportunity to choose where and when you work, expand your clinical knowledge, explore new parts of the country, and make lifelong connections with new colleagues and friends. And our experienced team will be there to help you every step of the way.

Travel Nursing JAN 23, 2020
The Truth Behind PACU Nursing
Nurses practicing in a post-anesthesia care unit care for patients as they regain consciousness after receiving anesthesia post operation. Read on to find out what life is really like as a PACU nurse.
Travel Nursing FEB 18, 2020
Why Become a Dialysis Nurse?
Find out how dialysis travel nurses draw on their critical thinking skills to ensure end-stage kidney disease patients receive optimal care.
Travel Nursing AUG 21, 2020
W-4 Forms for Nurses
A quick and easy step-by-step refresher on how travel nurses should complete a W4 form.