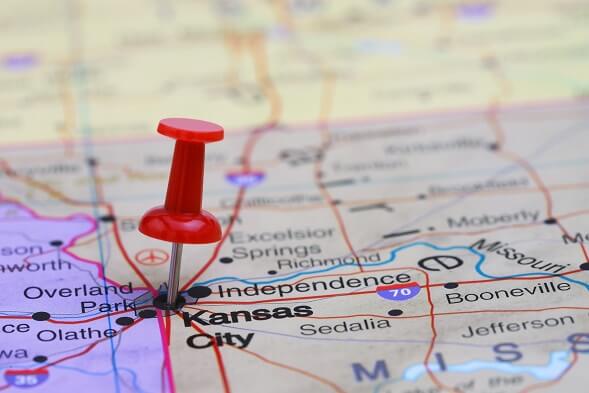 The Enhanced Nursing Licensure Compact (eNLC), was implemented on January 19, 2018. Under this structure, nurses are able to provide care to patients in other eNLC states without having to obtain additional licenses, something that's quite convenient for travel nurses, who often hop from state to state and work wherever they're needed.

If you are a nurse who lives in a state considered to be a nursing compact state, the multistate license option opens up a crop of job opportunities for travel nurses interested in making a difference in patients' lives all over the United States.

U.S. News and World Report recently ranked Iowa as the #1 state in the U.S. The magazine uses several criteria to evaluate each state across 77 metrics with thousands of data points spread among eight categories, including healthcare, education, economy, opportunity, infrastructure, crime and corrections, fiscal stability and quality of life.

Iowa ranks #3 in healthcare, up two spots from 2017, and it ranks second for healthcare affordability. Iowa also boasts a world-famous state fair, an average commute time of 18.8 minutes and a cost of living that's 5.3 percent below the national average, making it an attractive place to work.

Healthcare is a growing sector in Iowa, and the state spends more per capita on healthcare because of its generally older population.

According to the Bureau of Labor Statistics, there are just over 72,000 RNs employed in Missouri, and they make an annual mean wage of $63,300. Missouri is also a compact state, so if you live in a nearby state or any of the eNLC states, you can practice nursing here without any additional fees or applications.

Kansas became the 30th member of the eNLC on April 10, 2018. Job opportunities in this rural state are sure to be plentiful, as the Kansas Department of Health & Environment predicted an RN shortage of 5,900 positions by 2020. Rural hospitals and health centers are vital for residents living in this state, since many of these people live many miles from a major hospital.

Besides cheese, football and cold winters, Wisconsin offers plenty of opportunities for nurses looking for a new job. It has a relatively low cost of living at approximately 6.5 percent less than the national average and plenty of quaint, picturesque towns. Wisconsin has more than 150 hospitals, including the top-ranked University of Wisconsin hospital in Madison.

Similar to Kansas, Oklahoma is a mainly rural state and has many medically underserved areas. As a result, the demand for qualified RNs is high. The Bureau of Labor Statistics indicates that the average annual salary for an RN in Oklahoma is $57,130. The 26th state to enact the eNLC, Oklahoma is a great place to start or continue your nursing career.

Whichever nursing compact state you choose to practice in, whether in the Midwest or elsewhere, you'll find plenty of rewarding opportunities at hospitals or medical centers and encounter patients who require your specialized care and expertise.

LEARN MORE about the eNLC and how American Mobile will help you with your licensing.

Travel Nursing JAN 23, 2020
The Truth Behind PACU Nursing
Nurses practicing in a post-anesthesia care unit care for patients as they regain consciousness after receiving anesthesia post operation. Read on to find out what life is really like as a PACU nurse.
Travel Nursing JUN 26, 2020
6 Common Mistakes RN's Make When Choosing a Travel Nursing Agency
Looking for the right travel nursing company? Expert travel nurse recruiter shares the most common mistakes RNs make when choosing a travel nursing company.
Travel Nursing JUN 15, 2017
What to Expect in Critical-Care Nursing: ICU Travel Nurses
Critical-care nurses, or intensive-care-unit (ICU) nurses, have challenging jobs that require specialized patient care skills. Because of that, ICU travel nurses are in high demand with health care employers across the country.
Travel Nursing AUG 21, 2020
W-4 Forms for Nurses
A quick and easy step-by-step refresher on how travel nurses should complete a W4 form.