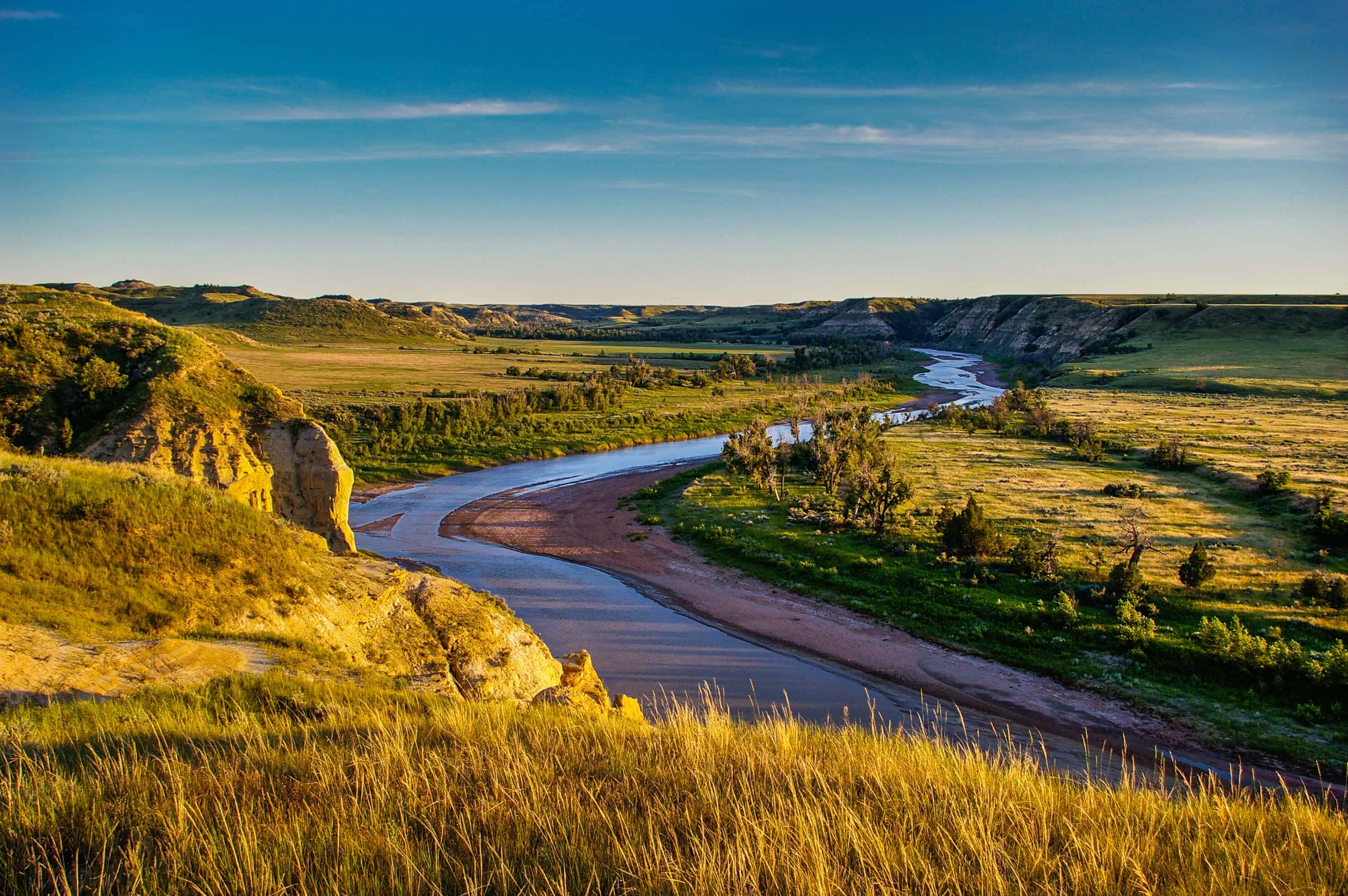 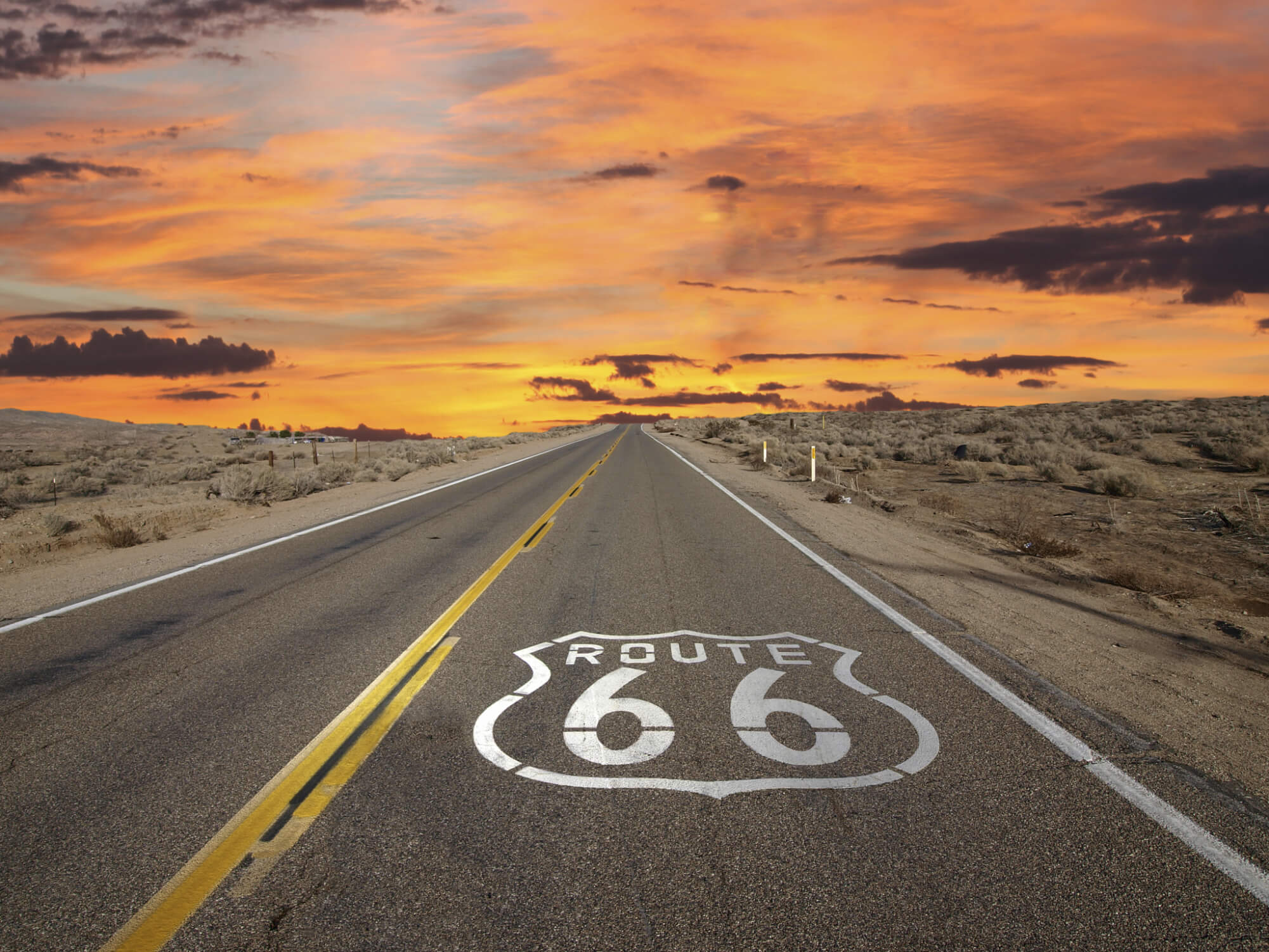 Driving cross country for an assignment or just up for a road trip?

“If you ever plan to motor west
Travel my way, take the highway, that’s the best.
Get your kicks on Route 66

And so began Nat King Cole’s 1946 hit song, “(Get your Kicks on) Route 66,”a tribute to one of the most iconic American road trips. The historic highway opened in 1926, some of it still gravel and dirt, and now spans 2,400 miles. In 1938 it became the first entirely paved U.S. highway. Winding through a variety of landscapes and colorful towns, it still makes driving cross country an entertaining endeavor.

If you are ever traveling between assignments that span part of Route 66, consider taking an extra week or two to make the most of the trip. The route from Southern California to the Midwest, for example, will take you from the big city, through vast deserts and into the Wild West. You will be treated to the best of small-town America: friendly people, a slower way of life and down-home foods like Grandma used to make.

A road Trip to Remember 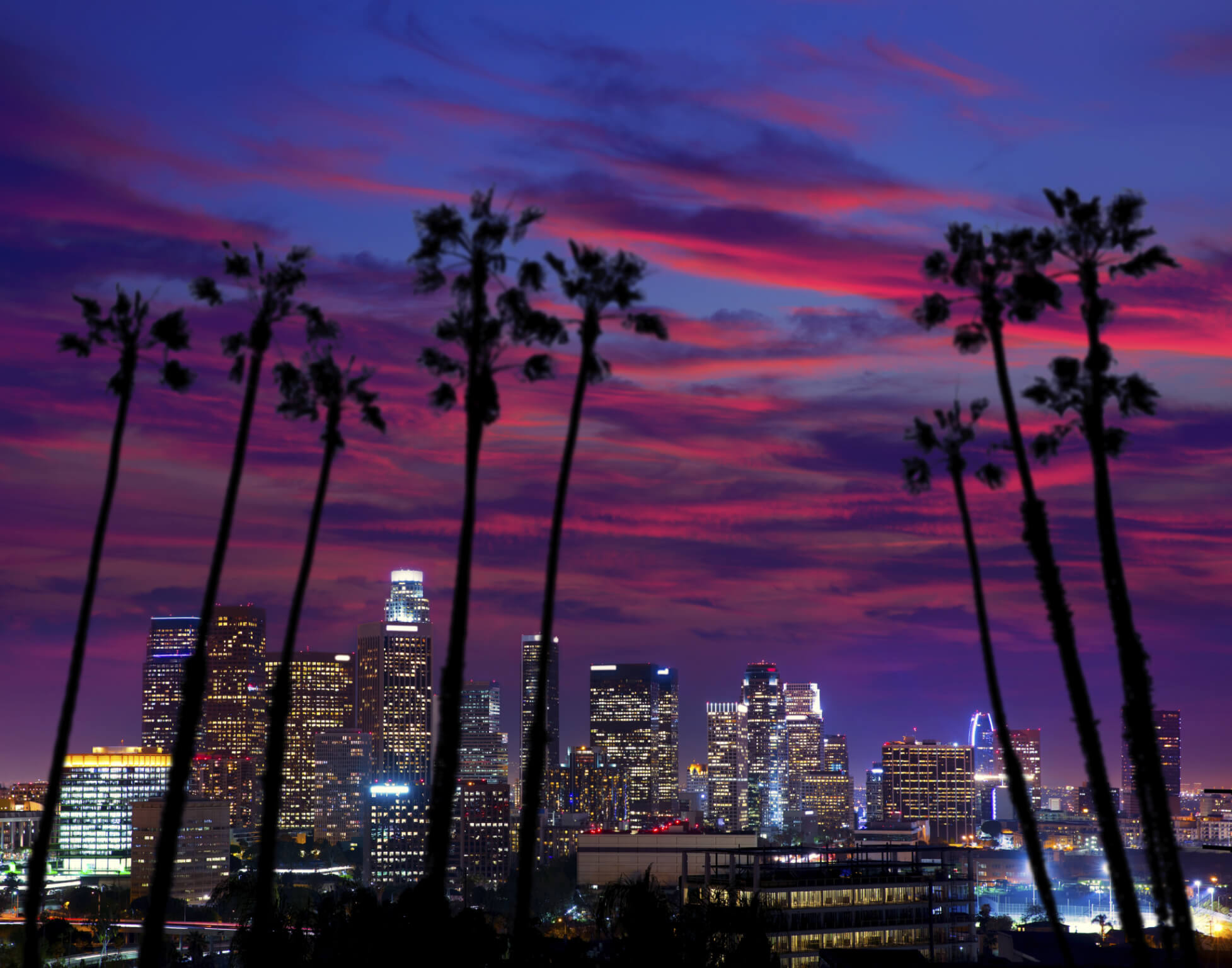 Travelers on Route 66 are sure to bring back some unique memories.  For instance, after her first year of teaching, Elise Shumock took the route from Los Angeles to Albuquerque on her two-week spring break.

“I had been working so hard in my first year as a teacher and I wanted to do something amazing. So I decided I wanted to take a road trip and that I was going to visit family in Albuquerque and take Route 66 to get there,” Shumock reflected.

“Even just the stretch that runs through L.A. is fascinating,” she continued. “The western terminus of the route is at a cliff overlooking the ocean and the Pacific Coast Highway. At this point, Route 66 coincides with Santa Monica Boulevard, so you drive through the Santa Monica promenade, an open air shopping center that draws people from all walks of life: rich, poor, families, college kids, street performers—it is quite an experience. From there it runs through Beverly Hills and along a curvy path through Pasadena where the overpasses are in an Art Deco style—it is a very interesting way to drive through L.A.”

One of the most memorable stops for Shumock was the Gila Cliff Dwellings National Monument in southeast New Mexico. The dwellings were built by ancestral Puebloans approximately 700 years ago.

“It was so interesting to imagine how these people lived,” she remarked.

Another favorite stop was the Meteor Crater between Winslow and Flagstaff, Ariz., a mile-wide hole in the ground that scientists say was created by the impact of a meteor approximately 50,000 years ago.

“They offered a tour—you wouldn’t think a hole in the ground would be very interesting, but it really was. It is just so big, you can’t really comprehend the size of it. There is also a visitor center that has a large meteor on display,” Shumock reported.

Although much of the drive between L.A. and Albuquerque is a desert scape, Shumock said she found the drive meditative.

Another traveler, Caroline Howard, picked up Route 66 in Texas during a college road trip from Charleston, S.C. to the Grand Canyon. She remembers having “some weird and interesting experiences.”

“The first was our stop at Cadillac Ranch near Amarillo, Texas. We didn’t even know what it was, we had just been told we needed to go,” she recalled.

“We followed our GPS there and found the back ends of about 10 old-style Cadillacs sticking up out of the ground. They were covered in spray paint and people were standing on them taking pictures. We were especially surprised to find that there were cans of 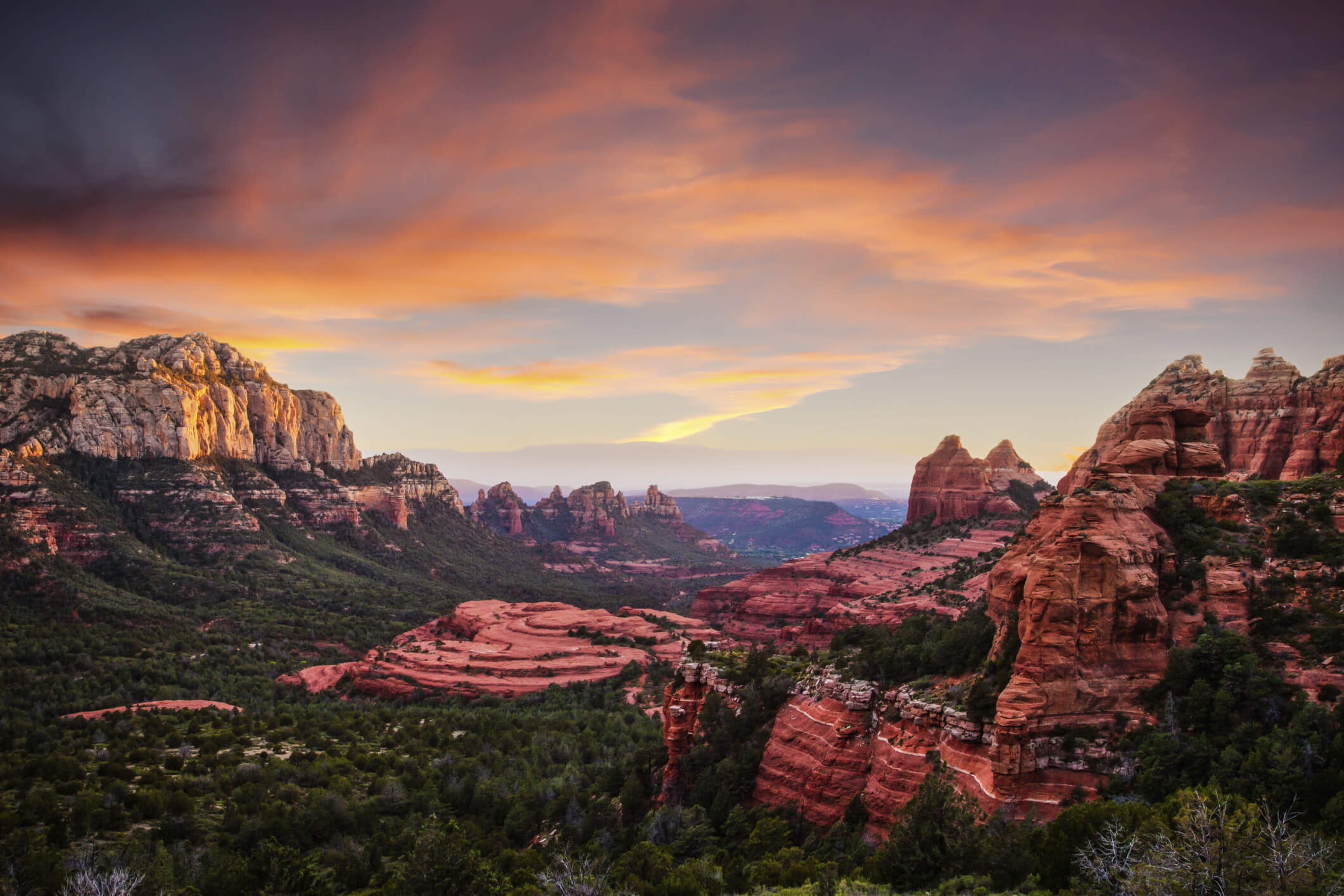 spray paint right there so you could add your initials, or whatever, to the cars,” she stated.

Another quirky stop was at Stewart’s Petrified Wood Shop outside of Holbrook, Ariz.

“The place is advertised on billboards for at least 100 miles, so we decided we were going to stop to see what it was all about,” she said. “Outside the shop are these paper mâché dinosaurs eating mannequins that are missing body parts, some of them wrapped in Christmas lights—and none of it is in good condition.  And then you go in and there are all these shiny rocks for sale and they seem very over-priced—a basketball-sized one was priced at $800.” The store also sells ostrich food for visitors who want to feed the ostriches kept in an outside pen.

“It was all so strange and surreal. But I’d totally recommend stopping just for the experience of it,” Howard said.

Her trip on Route 66 ended in breathtaking Sedona, Ariz.

“We had dinner at an alien-themed restaurant and then drove to a scenic overlook. It was sunset and the red rock glowed.  It was just amazing.  We took a bunch of pictures, but none of them did it justice,” she said.

If you are considering a Route 66 road trip between travel nursing assignments, there are a number of online guides to help you with your planning. Happy travels!

Where would you like to travel? American Mobile can get you there.  Find out more about travel nursing jobs across the country, and state nursing license requirements for all 50 states with our clickable U.S. map.

Travel Nursing JAN 23, 2020
The Truth Behind PACU Nursing
Nurses practicing in a post-anesthesia care unit care for patients as they regain consciousness after receiving anesthesia post operation. Read on to find out what life is really like as a PACU nurse.
Travel Nursing APR 15, 2022
Travel Nurse’s Guide to Southern California

Travel nursing jobs in Southern California open a world of possibilities. Discover the SoCal lifestyle, what to do on assignment and how to get started.

Travel Nursing DEC 19, 2019
Breaking Into Cath Lab Nursing
Cath lab nursing requires critical care skills and plays an important role in helping diagnose and treat patients with cardiac conditions. Read on to find out what actually happens in the cath lab and what the average salary is for a cath lab travel nurse at American Mobile!
Travel Nursing JUN 25, 2020
10 Things That Will Happen When You Become a Travel Nurse
Travel nursing jobs can change you in ways you may not expect. Check out these 10 things that will happen when you say “Yes” to the travel nursing lifestyle.
Travel Nursing Questions
How can I help you?