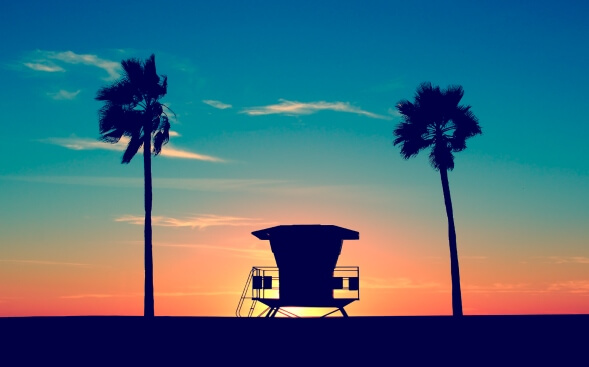 5 Myths About Travel Nursing in California

As much as they love their jobs, our recruiters at American Mobile are sometimes baffled upon hearing the reservations nurses express when considering California travel nursing jobs.

“Aren’t the people there all gorgeous and fake?” they ask.

“Isn’t California about to fall into the ocean?”

“Do they even let meat-eaters in?”

While it is one of our most requested destinations--and there are more travel nursing jobs in California than any other state--some nurses just have serious hesitations. So we’d like to take the time to clear up some misconceptions about The Golden State. Many of our recruiters call the state home, and we’d love to have ALL travel nurses know the truth and experience the California dream! Surf, sand, sunshine and so much more await!

Screenwriters have focused on the superficial and exaggerated California dialect where every statement ends in a higher, questioning tone: “So I went to the store? And there were frozen foods there?” Rest assured, the majority of Californians don’t speak with this annoying lilt. But, yes, you will hear the word “dude” from time to time.

California is home to some of the most prestigious universities in the world, including Cal Tech (setting for “The Big Bang Theory”), UCLA, UC Berkeley, and Stanford. It also hosts incredible theaters, music halls, high-tech businesses, and world-class medical facilities.

Plenty of intellectual, deep thinkers populate California, and some of them even surf! (It’s fun! Try it during your time off from travel nursing jobs in California).

We admit that terms like “Sig-Alert” and “Carmageddon” did get their start in car-loving Los Angeles. The sprawling city made up of 500 square miles and 10 million inhabitants, has some of the toughest traffic in the country. American Mobile nurses, however, can take advantage of free, company-provided housing that is close to their assignment facility during their California travel nursing jobs. And there are a lot of smaller cities and other places in the state where you can get away from the crowds and even enjoy some spectacular scenic drives.

As with any state, the major disasters are the ones that make the news, but they aren’t as frequent or widespread as outsiders imagine. The vast majority of California earthquakes and fires that do occur are minor ones that don’t interfere with daily life. According to the California Department of Conservation, the state averages just two or three earthquakes each year that are large enough to cause moderate damage to structures, and many minor tremors can’t even be felt.

The risk of wildfires is highest in late summer/early fall, and they tend to occur in open, outlying areas. State fire crews have air power and other resources to combat the flames quickly, in order to minimize the spread, prevent damage to structures and protect populated areas. Many communities have also rolled out fire prevention programs in recent years with great success.

Even better news: you won’t find many hurricanes, tornadoes or blizzards in The Golden State, and the Central and Southern California coast is known for the best year-round weather in the country. Nurses lucky enough to be placed in California travel nursing jobs can enjoy a myriad of outdoor sports and activities throughout every season.

4.   The Drought Puts a Damper on the California Fun

California is in its fifth year of drought and residents have been cutting back on watering lawns and gardens, but those embarking on travel nursing jobs in California shouldn’t be inconvenienced. Travelers might notice just a couple of things: most restaurants only serve water on request and the hotels nudge guests in the direction of taking shorter showers and using towels and sheets for more than one day. The pools and beaches are not affected, so pack your swimsuit and jump in--the water’s fine!

Talk about your stereotypes! For decades, California has been regarded derisively as “the land of fruits and nuts.”

While those in other states assume it refers to California residents who embrace such things as New Age thinking, vegetarianism, and meditation, it actually began as a reference to the huge agricultural industry in the Salinas Valley and Northern California.

As the fifth-largest food supplier in the world, the area produces 90 percent of all grapes consumed in the United States, as well as almonds, walnuts, oranges, avocados, and 400 other kinds of produce. The state also has a wealth of dairy farms, beef, and pork feedlots, chicken farms, and fresh seafood caught just off the Pacific Coast.

With nearly 40 million people living in California today, including a large influx from other states and countries, you can bet there are all kinds of personalities and tastes represented. The overall vibe is friendly and welcoming, and every town has its own unique qualities.

Do you want to find yoga classes and vegan restaurants? You can. A place to go two-stepping and chow down on comfort food? Yep. You name it and you can find it in California.

Considering travel nursing jobs in California? American Mobile is the nation’s leader at placing travel nurses in all states and specialties. Check out our exclusive Kaiser RN jobs in The Golden State. We can even help you get your California nursing license!

Travel Nursing JAN 23, 2020
The Truth Behind PACU Nursing
Nurses practicing in a post-anesthesia care unit care for patients as they regain consciousness after receiving anesthesia post operation. Read on to find out what life is really like as a PACU nurse.
Travel Nursing FEB 18, 2020
Why Become a Dialysis Nurse?
Find out how dialysis travel nurses draw on their critical thinking skills to ensure end-stage kidney disease patients receive optimal care.
Travel Nursing JUN 26, 2020
Travel Nursing Cancellations Part One
What happens when a travel nurse cancels an assignment? Travel nurse recruiter, Cara Goodger, provides details on the impact of travel nursing cancellations on patients and hospitals.