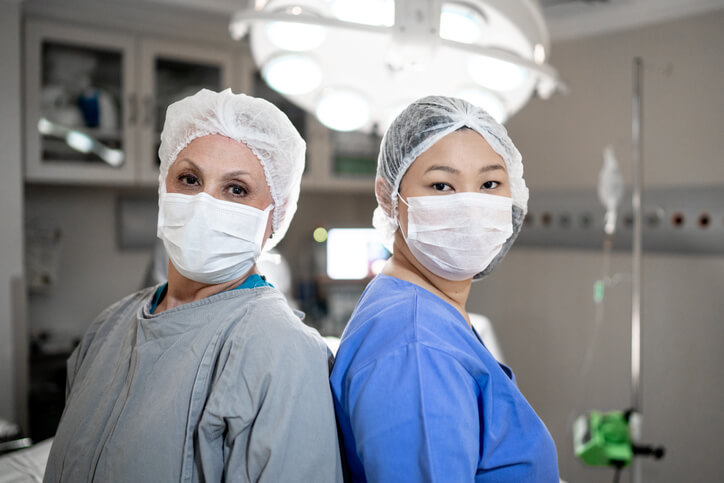 March is Women’s History Month, a time to remember and celebrate the many influential women in history. That includes women who have made important contributions to the profession of nursing and also to healthcare in general.

“We need to hear more about women leaders and their accomplishments. Nursing is an essential profession in the healthcare system and a female-dominated profession,” said Céline Gélinas, PhD, RN, a nurse innovator who developed the Critical-Care Pain Observation Tool (CPOT) and is considered a leader in the field of pain assessment and pain management. “As nurses, we have the unique expertise to provide patient-centered care and to make a difference in the health of patients and their family.”

You may be familiar with some of the early nursing greats, the women who made significant contributions to the field of nursing and established themselves as noteworthy historical figures. Florence Nightingale, of course, would top the list of women whose stories we should all know. Others include:

• Clara Barton, who founded the American Red Cross;
• Dorothea Dix, who championed the causes of the mentally ill and recruited nurses while serving as the superintendent of Army nurses for the Union Army during the Civil War;
• Mary Ezra Mahoney, who was the first African American licensed nurse and co-founder of the National Association for Colored Graduate Nurses;
• Mary Breckinridge, who was a pioneer in nurse-midwifery and founded the Frontier Nursing Service;
• Florence Wald, who pioneered the hospice movement in the United States;
• Hildegard Peplau, who is considered the “mother of psychiatric nursing.”

But time marches on, and more women have joined these names on the list of important figures in nursing history who have made (and may still be making) significant contributions.

Linda Bell, MSN, RN, a clinical practice specialist with the American Association of Critical-Care Nurses (AACN), said she draws inspiration from the women who founded the professional association that eventually became the AACN: Norma Shepard, Penny Vaughn and Vee Rice. And there are many others who have come along to add their contributions.

“Current women leaders inspire the next generation of women to learn, explore, research and create new ways of thinking and doing things,” said Bell. “Their achievements pave the way for others to follow. Every time we make note of accomplishments, we encourage little girls, teenagers, young adults, and women of any age to expand their thinking and stretch their goals.”

Donna Nickitas, PhD, RN, NEA-BC, CNE, FAAN, editor of Nursing Economic$ and dean and professor with the Rutgers School of Nursing-Camden, agreed that today’s nurses can draw inspiration from the rich history of the profession of nursing, from the earliest pioneers to today’s leaders.

“Nursing has a broad and deep tapestry,” she said.

Consider some of these more recent and current nursing greats who will serve as influential women in history:

• Loretta Ford, EdD, RN, PNP, NP-C, CRNP, FAAN, FAANP, who co-developed the very first nurse practitioner model and is the co-founder of the nurse practitioner profession.
• Susan Hassmiller, PhD, RN, FAAN, who is the director of the Robert Wood Johnson Foundation’s Future of Nursing: Campaign for Action.
• Kathleen Puntillo, RN, PhD, FAAN, who is a pioneer in the field of critical care and ICU pain management.
• Mary Wakefield, PhD, RN, FAAN, who served as acting deputy secretary of the U.S. Department of Health and Human Services (HHS) and administrator of the Health Resources and Services Administration (HRSA) in the Obama administration.

Nurse Mentors Influencing The Next Generation

Obviously, there are many more influential women who have made notable contributions to the nursing profession and to healthcare. Consider the nurses whose lives have directly touched yours. Perhaps you can look to the positive influence of a professor during nursing school or a mentor during a recent job.

Nickitas is grateful for all the women and nurses who have influenced her during her career: women like Connie Vance, EdD, RN, FAAN, who is a professor at The College of New Rochelle, and Connie Curran, EdD, RN, FAAN, who also served as the editor of Nursing Economic$. They have been mentors and peers—and in some cases, both.

“I would want the next generation of nurses to have that lesson: that you are never alone,” she said.

Inspiration for Today’s Women in Nursing

As the country passes the one year mark since the COVID-19 pandemic was declared, and many nurses are feeling burned out, finding inspiration from historical and current nursing leaders is more important than ever. It can motivate nurses to keep moving forward, to polish their skills needed for nursing, and to find their own ways to contribute.

As Gélinas noted, “Nurses have been at the heart of the battle and will continue to be in future pandemics.” They can look at the innovations and pioneering work done by women who are nurses and find encouragement.

Nurses had to meet many challenges during the pandemic head on, Bell noted.

“’The way we’ve always done it’ clearly would not work,” she said. “Now we know that processes can be changed quickly and patterns of care delivery can be changed. Women in nursing and medicine stepped up to that challenge.”

American Mobile has thousands of travel nursing assignments across the U.S. for talented nurses who want to make a difference.