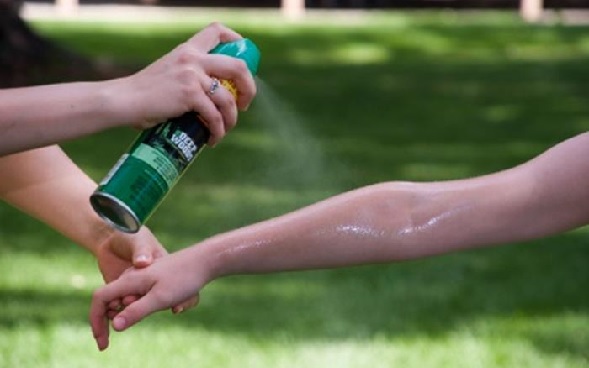 The Zika virus continues to make headlines, and the Centers for Disease Control and Prevention (CDC) has issued a travel advisory for a location in the continental United States. What do nurses need to know about the virus, on behalf of themselves and their patients?

Here are quick answers to 10 of the top questions about Zika infection:

It depends where you live and travel. The vast majority of Zika cases in the United States have been travel-related, with those who have contracted the disease having been in a country where Zika is common, or having sex with someone who has traveled to one of those areas.

As of early August 2016, more than a dozen cases of locally contracted Zika had occurred in the Wynwood neighborhood in Miami.

2. How is it contracted?

Most people contract Zika through a bite of an infected Aedes mosquito. This species is found in 30 states. So far, Florida is the only one with local transmission. These mosquitos travel only 150 meters, so widespread infection is unlikely, according to Tom Frieden, MD, MPH, director of the CDC. It can take two weeks for the infection to develop.

Zika also can be transmitted during sex and from a pregnant woman to her baby. Although not confirmed in the United States, it may be spreadable through a blood transfusion. There also have been reports of laboratory-acquired Zika infections.

3. What are the symptoms of Zika infection?

Four out of five people experience no symptoms. Some will have mild symptoms of fever, rash, muscle or joint pain, headache or conjunctivitis. Symptoms can last for a few days to a week.

Babies born to pregnant women with a Zika virus infection may be born with severe birth defects, including microcephaly, in which the child’s head is smaller than normal and the brain may not have developed properly. Women do not need to have symptoms to transmit Zika to their babies.

5. How to prevent transmission?

Although Zika vaccines are in clinical trials, none are available now.

The best way to prevent Zika is to avoid being bitten by an Aedes mosquito, which bite primarily during the day but also can bite at night. The CDC recommends applying an Environmental Protection Agency-registered insect repellent, which include those with DEET, picaridin, oil of lemon eucalyptus or IR3535. Treat clothing and gear with permethrin. Use screens and air conditioning, and eliminate standing water where mosquitos breed.

The CDC recommends pregnant women avoid areas with Zika, including the Wynwood area of Miami, and many countries in Central and South America.

7. Who should be screened for Zika?

The CDC recommends nurses and other clinicians ask all pregnant women in the United States about travel to affected areas and sex with someone who has traveled to these locales. Women living or frequently traveling to a Zika environment, or having sex with someone who has, should be tested for the virus in the first and second trimester of their pregnancy, as should any woman with signs or symptoms of Zika infection. Florida is providing free Zika testing to pregnant women at county health departments.

There are no specific treatments for Zika infection. The CDC recommends resting, drinking fluids to prevent dehydration, and taking acetaminophen to reduce fever and manage pain. Patients should not take aspirin or other non-steroidal anti-inflammatory drugs, and should check with their healthcare provider before taking other medications.

Yes, Zika infection in a nationally notifiable condition and any suspected cases should be reported to the health department. The CDC has started a U.S. Zika Pregnancy Registry.

FIND nursing jobs in your specialty and your chosen location with American Mobile.

Nursing News JAN 16, 2020
Do Nurses Take the Hippocratic Oath?
There may not be a Hippocratic Oath for nurses, but that doesn't mean new graduates are completely without a shared moral compass. Learn more about the Hippocratic Oath and how nurse ethics are shaping modern-day patient care.
Nursing News NOV 19, 2018
What Happens When You Have a Suspended Nursing License
Having a suspended nursing license means you can't legally practice nursing. Many reasons could warrant suspension of your nursing license, and the steps required to petition for reinstatement vary by state. Learn more about what happens when you have a suspended nursing license with this guide.
Nursing News OCT 29, 2018
Compassionate Nurse: The Importance of Compassion in Nursing
Being a compassionate nurse is vital, because it helps ease your patients' pain and suffering while providing the emotional support they need. Learn more about the importance of compassionate care and how your patients benefit with our examples of compassion in nursing.
Nursing News JUN 25, 2020
5 Team Building Activities for Nursing Units
Is your nursing unit lacking unity? Learn about five team-building activities for nursing units that supervisors and other nursing leaders can use to promote a sense of belonging among the nursing unit.
Nursing News SEP 25, 2018
Critical Thinking in Nursing: Why It's Important and How to Improve
Critical thinking in nursing is the difference between blindly following the doctor's orders and accepting responsibility for your patient's care. Here are some examples of critical thinking in nursing and why it's so important.
Travel Nursing Questions
How can I help you?