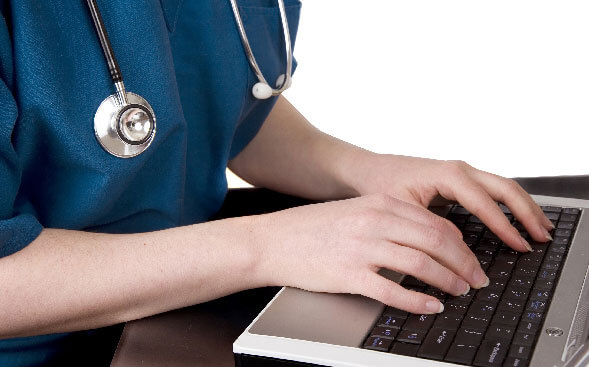 Most travel nurses and healthcare professionals understand that researchers are racing to find treatments and vaccines for the Zika virus, the mosquito-borne illness-causing microcephaly in babies in Brazil and other third-world countries. L&D travel nurses need a robust understanding of Zika symptoms, treatments, and transmission. You protect yourself and your patients when you stay current on this surprise outbreak.

Understanding of Zika Virus Transmission Still Evolving
Zika was first identified as a mosquito-borne illness in Africa in 1952. Recent outbreaks have occurred in French Polynesia and Brazil in 2013 and 2015. With Zika-carrying mosquitos far less prevalent in the United States, researchers, gynecologists, and nurses have assumed this population enjoyed some protection from the disease. This assumption could be wrong. 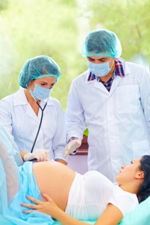 Sexual contact now seems linked with the transmission in some cases.

While before this year, scientists had assumed sexual transmission of the Zika virus to be extremely rare, the U.S. Centers for Disease Control are currently investigating 14 potential cases here in the United States. These 14 individuals being tested by the CDC are the sex partners of individuals who recently traveled to countries where the Zika virus circulates.

At this point, the CDC has confirmed two sexual partners have the virus and its presence looks likely in four additional cases. The CDC does not have conclusive findings on the other eight as yet. On February 23, CDC Deputy Director Dr. Anne Schuchat remarked that if more of these eight remaining have the virus, “…that’s much more than I was expecting.” If Zika spreads via sexual contact, many non-traveling, pregnant American women could be at risk. Knowing where sex partners have traveled recently may need to be as much a part of the safe sex process as much as condoms.

On January 15, 2016, the CDC issued a Travel Alert Level-2 (“practice enhanced precautions”) for people traveling to 14 countries in Central and South America. It strongly cautioned any woman of child-bearing age or currently pregnant against traveling to these countries.

More Zika Sufferers Identified Daily, Pandemic Possible
Whereat the end of January 2016, just 31 Americans were identified with the Zika virus, just four weeks later that number has jumped to 100, according to the CDC. Some scientists are saying that a pandemic could erupt. This group cautions women in affected areas against getting pregnant until a vaccine can be developed. Currently, the University of Texas medical branch is hard at work doing just that. Still, the National Institutes of Health doesn’t see mass vaccinations until the end of 2017.

Zika as Cause of Microcephaly Still Not 100% Confirmed
While public health officials feel certain the Zika virus lies behind the surge of babies being born with microcephaly in Brazil, the World Health Organization is reminding the world that conclusive proof will not emerge until June 2016. That’s when 5,000 pregnant women who contracted the virus will start giving birth. The health of their babies will be compared to the health of those Brazilian women who remained free of the virus throughout their pregnancy. With this said, most doctors deem Zika, “guilty until proven innocent” in the increase of microcephaly and even neurological disorder Guillan-Barre syndrome.

Rumors Linked to Zika Virus Proven False
With the news media filled with Zika stories, pediatric travel nurses and L&D nurses will have lots of questions to answer. Review these rumors to provide reliable information to panicked patients:
•    Genetically modified mosquitoes are causing Zika and microcephaly. While British company Oxitec did release genetically modified mosquitoes to combat Dengue fever, they did so far from the worst Zika outbreak sites. Mosquitos can fly only one mile in their entire lifetime, not the hundreds they would need to cover to get to the areas where microcephaly has become most prevalent.
•    Flea treatments and larvicide are causing microcephaly. Pyriproxyfen is a chemical mimic of an insect hormone that has proven safe for everyone, including babies, for decades.
•    Bad rubella and pertussis vaccines cause microcephaly. These vaccines have been used since the 1990s. They’ve never been correlated to microcephaly or any other serious birth defect.
•    Zika can wipe out entire cities. For the majority of the population, Zika symptoms are typically mild and last for just two to seven days. Symptoms include flat, pink rash, bloodshot eyes, fever, joint pain, and headaches. Eighty percent of sufferers don’t even have symptoms. Still, some researchers suspect it is linked to Guillan-Barre syndrome, a neurological disorder and autoimmune attack on nerve cells that causes paralysis and possibly death if the patient doesn’t receive treatment. Those who contract Guillan-Barre syndrome in the United States are number one out of 100,000 yearly. As mentioned above, Zika also most likely causes microcephaly in infants.
•    No one is doing anything about this threat! In January of 2016, the Centers for Disease Control erected an Incident Management System to monitor and gather data relating to the outbreaks of Zika occurring in South America, Central America, the Caribbean, Mexico, the Pacific Islands, Cape Verde, and Africa. The system also centralizes the CDC’s response to outbreaks and monitors the number of reports of birth defects and Guillain-Barre syndrome (GBS) in Zika-prevalent areas.

When travel nurses and other hospital staff debunk these rumors, patients get the proper care. Traveling nurses help prevent the spread of Zika by:
•    emphasizing caution in sexual relations with those who’ve been traveling in affected areas,
•    stressing mosquito bite prevention for those traveling themselves, and
•    encouraging reporting of Zika symptoms to health organizations.

Labor and delivery nurses are needed throughout the United States. Will you be one who helps families through this magical time?

Nursing News JAN 16, 2020
Do Nurses Take the Hippocratic Oath?
There may not be a Hippocratic Oath for nurses, but that doesn't mean new graduates are completely without a shared moral compass. Learn more about the Hippocratic Oath and how nurse ethics are shaping modern-day patient care.
Nursing News OCT 29, 2018
Compassionate Nurse: The Importance of Compassion in Nursing
Being a compassionate nurse is vital, because it helps ease your patients' pain and suffering while providing the emotional support they need. Learn more about the importance of compassionate care and how your patients benefit with our examples of compassion in nursing.
Nursing News JUN 25, 2020
5 Team Building Activities for Nursing Units
Is your nursing unit lacking unity? Learn about five team-building activities for nursing units that supervisors and other nursing leaders can use to promote a sense of belonging among the nursing unit.
Nursing News NOV 19, 2018
What Happens When You Have a Suspended Nursing License
Having a suspended nursing license means you can't legally practice nursing. Many reasons could warrant suspension of your nursing license, and the steps required to petition for reinstatement vary by state. Learn more about what happens when you have a suspended nursing license with this guide.
Nursing News JAN 18, 2019
Nurse Leadership: 5 Ways to Improve Your Nurse Leadership Skills
Nurse leadership skills are vital in advancing your career and improving patient outcomes. Developing your nurse leadership qualities enhances your leadership skills. Learn five ways you can improve your leadership skills in this guide.
Travel Nursing Questions
How can I help you?