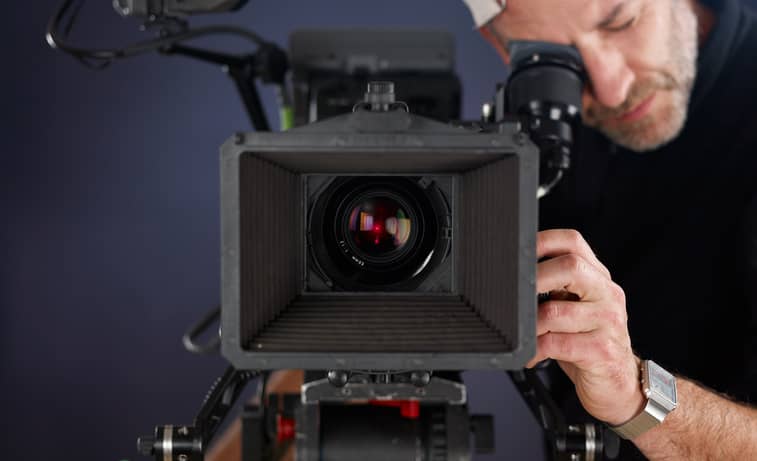 Making Movie Magic: Nurses Work Behind the Scenes in Hollywood

As directors call, “Lights, Camera, Action,” Karen Kovacic, LVN, is working behind the scenes--whether it’s a movie, television series or advertisement being filmed--to ensure that “the stars” and crew have the medical assistance they need when they need it.

Kovacic, who is employed through Casala Ltd., a Los Angeles-based agency that refers nurses, medics, lifeguards and paramedics to small and large studios, has been “treating the stars” on sets for three years. But like most celebrities, she didn’t make her debut in nursing in Hollywood.

Twelve years ago, Kovacic graduated at the top of her LVN class from Los Angeles Valley College. However, while working in the emergency room she became dissatisfied with the hospital setting.

“Sometimes I miss the ER but there were too many patients, hospitals were becoming unsafe, I’d get slammed [with patients] and I started to feel stressed out and I didn’t want to make errors,” Kovacic said.

She came to a point where she knew she wasn’t enjoying her job but also knew that she didn’t want to give up her profession. Thanks to her neighbor, who is also a film producer, she discovered that nurses are needed on television and movie sets.

In fact, more studios are beginning to hire licensed nurses because of their hands-on experience treating people, pharmacology knowledge coupled with the ability to dispense over-the-counter medications, and the training to handle emergency situations.

Since being hired as a set medical advisor, Kovacic has been working consistently, which she attributes to timing and luck.

When Kovacic receives a call from her agent that she’s needed on a set, she is often provided minimal information regarding the gig she’ll be working at.

“I’m usually given the name of the production company, a call time and a map of where I should park and that’s it,” she said. “Everything’s a big secret so there is that element of surprise [in my job].”

Armed with three first aid kits, an oxygen tank, a walkie-talkie, a chair, a cellular phone, saline IVs and every kind of ibuprofin available on the market, Kovacic is always ready to treat everything from headaches and cuts to heat stroke.

“I’m here to stabilize,” said Kovacic, who is often backed by a fireman. “It’s really fun but it can be boring when it’s just construction or it can be fun when there’s rehearsals and the show.”

She often arrives on the set at 5 a.m., usually wearing jeans, a shirt and tennis shoes, and works anywhere from 12 to 18 hours. “Rock videos are notoriously long--up to 26 hours,” said Kovacic, who has worked with the Black Crowes and Aerosmith.

Kovacic’s most recent assignment took her to the CBS-TV studio where she was readily available to provide aide during the construction, rehearsals and taping of the third annual “Home for the Holidays” program--a televised special airing this December, aimed at raising awareness about adoption in America--founded by Steven Spielberg. Among the musical performers Kovacic met were Mariah Carey, Enrique Iglesias, members of Destiny’s Child and Mandy Moore, along with Dustin Hoffman and Patricia Heaton, who will host the show.

As for rubbing elbows with the stars, she said, “It’s kind of surreal but it doesn’t phase me. They are human, too.”

Though Kovacic usually finds herself dispensing Tylenol and Advil, she has to follow worker’s compensation procedures and keep patient records on file for several years--no matter how minor the treatment.

Prior to working on the “Home for the Holidays” set, she found herself working on the not-so-easy set of an upcoming Toyota Tundra commercial at a coal refining center.

“The [Toyota] commercial was filmed on black coal so we all turned totally black and I just tried to keep my equipment clean,” she said. “Sometimes [in this job] you have to get dirty, you have to climb mountains and go wherever the camera goes. You have to show you’re fearless. You get hot and sweaty like everyone else or when it’s raining and we’re out [on the set] for hours and we’re soaked, you have to be able to put up with the elements and have the equipment ready.”

And in an industry that can often be callous and unforgiving, she said, “You can’t be shy. You must be very outgoing and you must be secure with yourself because directors try to break your spirit. You must also be efficient and be that person to tell people to stop doing things, especially if the crew has been working 18 hours or more. Producers respect you when you speak up and say ‘stop.’ ”

Kovacic admitted that when she walked onto a set for the first time, she found herself challenged, but added, “A nurse is a good nurse by nature and I love it.”

And that’s a wrap!

Nursing News OCT 29, 2018
Compassionate Nurse: The Importance of Compassion in Nursing
Being a compassionate nurse is vital, because it helps ease your patients' pain and suffering while providing the emotional support they need. Learn more about the importance of compassionate care and how your patients benefit with our examples of compassion in nursing.
Nursing News NOV 09, 2018
Top 10 Advantages and Disadvantages of Being a Nurse
Helping save a life and making a positive difference in your patients’ quality of care are major advantages of being a nurse, but there are also some disadvantages. Decide if a nursing career is right for you with this list of top advantages and disadvantages of being a nurse.
Nursing News SEP 25, 2018
Critical Thinking in Nursing: Why It's Important and How to Improve
Critical thinking in nursing is the difference between blindly following the doctor's orders and accepting responsibility for your patient's care. Here are some examples of critical thinking in nursing and why it's so important.
News MAY 04, 2022
Nurses Month 2022: “Nurses Make a Difference”

For the third year in a row, the American Nurses Association (ANA) has replaced Nurses Week with Nurses Month and has extended the theme ‘Nurses Make a Difference’ to “honor the varying roles of nurses and their positive impact on our lives”. The month-long celebration makes room for more gestures of appreciation and more opportunities to show the value nurses bring to our communities.