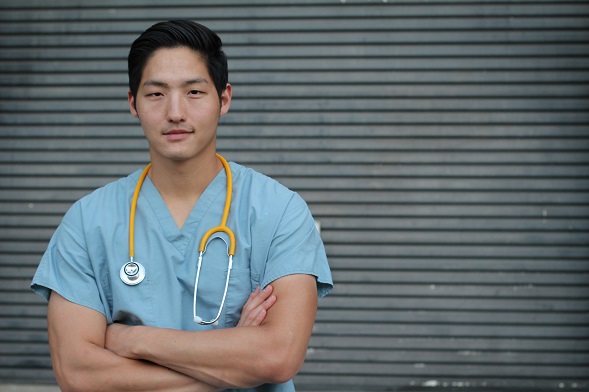 Being a male nurse in a female dominated workforce can be intimidating. However, research suggests a shift is coming and more male nurses will be entering the industry by 2020.

According to the Current Population Survey (CPS) “data shows that the total number of male RNs continues to increase, reaching over 350,000 full-time employees in 2016. Although they have increased in total numbers, the representation of male RNs in the workforce has remained steady at 11% over the past 5 years, indicating that their numbers have been growing proportional to that of the entire RN workforce.”

As a minority group, male nurses have a positive impact on a work unit. They bring a different perspective and physicality that can help in multiple situations. Organizations like the American Association for Men in Nursing (AAMN) have advocated for the industry’s need for male nurses for decades.

More recent efforts, through targeted campaigns, such as “Are you man enough to be a nurse?” have tried to appeal to men by showing nursing in a whole new light. Showing men that nursing is a fulfilling and sustainable career choice for them is a large part of the 20x20 campaign by the AAMN.

The goal is: 20 percent male enrollment in nursing programs in the United States by the year 2020.

A three-part plan was developed for 20x20 that consists of designing seven posters of actual nurses who have hobbies relatable to other men, disseminating information to other organizations such as the Institute of Medicine, and lastly, evaluating if the goals were met and how to move forward to hit that 2020 goal.

Nurses on average make $70,000 annually, making it a viable and appealing career path for men. Requirements are  a 2-year (or 4-year) degree and there are numerous job opportunities across the country. Male nurses are often sought out in certain facilities and parts of the country.

MAKE the right choices in your career; APPLY with American Mobile to work with the nation’s top travel nursing company!

Nursing News JAN 16, 2020
Do Nurses Take the Hippocratic Oath?
There may not be a Hippocratic Oath for nurses, but that doesn't mean new graduates are completely without a shared moral compass. Learn more about the Hippocratic Oath and how nurse ethics are shaping modern-day patient care.
Nursing News OCT 29, 2018
Compassionate Nurse: The Importance of Compassion in Nursing
Being a compassionate nurse is vital, because it helps ease your patients' pain and suffering while providing the emotional support they need. Learn more about the importance of compassionate care and how your patients benefit with our examples of compassion in nursing.
Nursing News SEP 25, 2018
Critical Thinking in Nursing: Why It's Important and How to Improve
Critical thinking in nursing is the difference between blindly following the doctor's orders and accepting responsibility for your patient's care. Here are some examples of critical thinking in nursing and why it's so important.
Nursing News NOV 19, 2018
What Happens When You Have a Suspended Nursing License
Having a suspended nursing license means you can't legally practice nursing. Many reasons could warrant suspension of your nursing license, and the steps required to petition for reinstatement vary by state. Learn more about what happens when you have a suspended nursing license with this guide.
Nursing News MAY 06, 2022
Special Discounts for Nurses