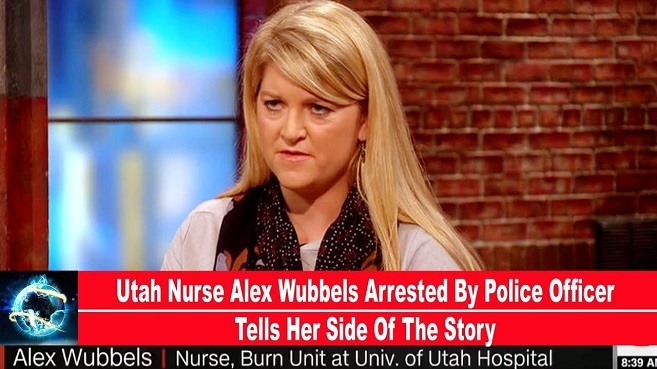 How One Utah Nurse Arrest May Affect Hospitals Everywhere

Nurses aren’t the only ones reacting to a recent video that surfaced of a Utah nurse’s arrest for simply doing her job.

In an incident that has shocked the nursing community and the rest of the country, the arrest of University of Utah Hospital nurse Alex Wubbels, RN, has changed hospital policies at her facility. The hospital’s CEO encourages other hospitals to follow suit.

“While Alex may say that she was simply ‘following hospital procedure’ or ‘just doing her job,’ we also recognize that she was placed in a very unfair and truly unwarranted position,” said Gordon Crabtree, CEO, University of Utah Hospitals and Clinics, during a press conference.

“This will not happen again,” Crabtree promised. “To that end, we are changing our interface protocols with law enforcement — a move that I set in motion with my team hours after this event unfolded. Our patient care nurses and staff will not be the first point of contact with law enforcement.”

The new policy will remove frontline patient care staff from interactions with police.

A hospital house supervisor will meet with officers after they check in at the front desk, said Margaret Pearce, RN, PhD, the hospital’s chief nursing officer, during the press conference. The policy will remove future disputes from occurring on patient care units and limit interactions with police to a small group of people.

Police had been chasing a car driving erratically on July 26, 2017. That car crashed into a truck, and the truck driver was airlifted to University Hospital’s burn unit. Detective Jeff Payne wanted to draw blood from the unconscious patient. The U.S. Supreme Court ruled in 2016 that police need a warrant to test blood from a motorist suspected of driving under the influence.

The day of the Utah nurse arrest, video shows Wubbels, burn unit charge nurse, explaining to Payne about an agreement between the Salt Lake City police department and the hospital, just before the police officer arrested and roughly handled her. They also handcuffed her, even as employees were telling the officer that administrative staff were on the way.

That policy called for the hospital to obtain blood samples if the police had a warrant, had the person under arrest, or the patient gave consent. None of those had happened.

“She put her own safety at risk to ensure the safety and privacy of her patient,” Crabtree said. “Her actions were exemplary, and she handled the situation with the utmost courage and integrity.”

Crabtree called the officer’s actions out of line, and something that will not be tolerated at the hospital.

Hospital leadership immediately intervened to secure Wubbels’ release from handcuffs and the police car to which she was taken. She will not have a criminal record, Crabtree said. Senior law enforcement officials met with hospital leaders the next day and apologized.

Pearce said, “As every nurse is expected to do, Alex stepped into the role of advocate to protect her patient’s rights. She showed extreme grace under fire and proved that even her own safety and reputation was not worth breaking that commitment she made to take care of others.”

The Utah nurse arrest led to Detective Jeff Payne, the arresting officer, being put on administrative leave from the police department and eventually being fired (first reported on October 11); he also lost his part-time job as a paramedic for a private ambulance company. The detective's watch commander, Lt. James Tracey, was also demoted because of his instructions to Payne during the incident. The Salt Lake County District Attorney Sim Gill has formally requested the Federal Bureau of Investigation look into whether the officer or anyone else in the department violated Alex Wubbel’s civil rights or broke any laws.

“It is outrageous and unacceptable that a nurse should be treated in this way for following her professional duty to advocate on behalf of the patient as well as following the policies of her employer and the law,” said ANA President Pam Cipriano, PhD, RN, NEA-BC, FAAN.

“Nurse Wubbels did everything right. It is imperative that law enforcement and nursing professionals respect each other and resolve conflicts through dialogue and due process.”

Bonnie Castillo, RN, director of health and safety for the union National Nurses United, called the Utah nurse’s arrest an “outrageous assault” in a posting at the organization’s website.

The University Hospital CEO hopes the changes his health system has made will become an industry standard.

“We also expect that through lessons learned from this painful and very public process, we will be looked to by other hospitals to adopt similar protocols and policies, so they won’t face similar situations,” Crabtree said.