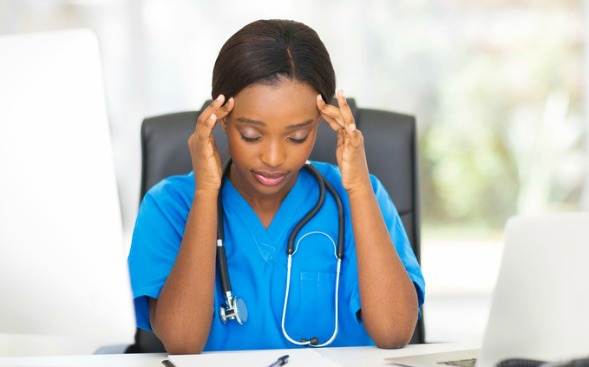 By When critical care nurses participate in cardiopulmonary resuscitation (CPR) that fails to save the patient, how do they deal with the stress and loss? And how do you know if you and your fellow nurses are feeling “normal” emotions or are at risk for developing posttraumatic stress disorder (PTSD)?

How Nurses Cope with Postcode Stress

When critical care nurses participate in cardiopulmonary resuscitation (CPR) that fails to save the patient, how do they deal with the stress and loss? And how do you know if you and your fellow nurses are feeling “normal” emotions or are at risk for developing posttraumatic stress disorder (PTSD)?

The answers relate to both institutional support and an individual’s coping behaviors.

A team of researchers recently set out to understand how nurses cope following the death of a patient after CPR, and to identify nurses most at risk for postcode stress and PTSD. Their findings were published in the March 2017 issue of the American Journal of Critical Care (AJCC).

“Stress and Coping of Critical Care Nurses After Unsuccessful Cardiopulmonary Resuscitation” explores the relationship between postcode stress, PTSD symptom severity, and coping behaviors after an unsuccessful attempt to resuscitate a patient.

The researchers reported that thousands of critical care nurses are involved in resuscitation attempts within critical care units every year, and between 40% and 84% of them result in immediate or imminent death of the patient within 24 hours. These frequent and cumulative exposures to unsuccessful cardiopulmonary resuscitations can result in psychological trauma.

When the study was conducted, McMeekin was a DNP student at Frances Payne Bolton School of Nursing at Case Western Reserve University, Cleveland. For the study, she worked with faculty members Ronald L. Hickman Jr., Carol G. Kelley, and Sara L. Douglas, who serve as co-authors of the AJCC article.

The researchers conducted an online survey that included the Post-Code Stress Scale, the Brief COPE inventory, and the Impact of Event Scale-Revised. A national sample of 490 critical care nurses participated in the study.

The role of debriefings and coping behaviors

The study found that critical care nurses show moderate levels of postcode stress and PTSD symptoms when asked to recall an unsuccessful resuscitation.

Nurses who had institutional debriefing support reported significantly lower postcode stress scores than their colleagues without such support.

The research adds to the growing body of evidence that confirms the link between healthy work environments and patient safety, clinical outcomes, staff retention, and other measures related to the quality of care.

LEAVE THE STRESS of job hunting to us!  Contact American Mobile or apply today to get started with an exciting career in travel nursing.