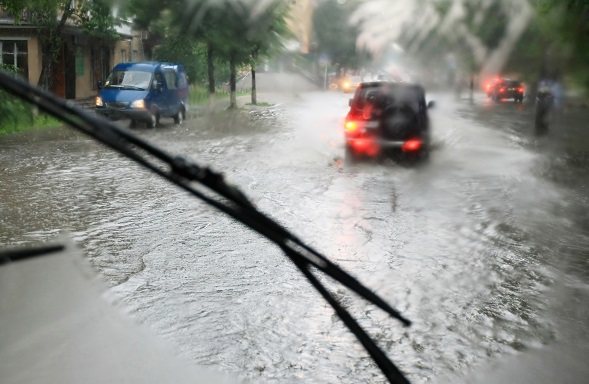 How Hospitals & Healthcare Personnel Are Coping with Hurricane Harvey

The latest on how catastrophic flooding is affecting hospitals in Texas

“Our concern is FEMA [the Federal Emergency Management Administration] projects there will be 450,000 flood claims to come out of this,” said Bryan McLeod, spokesperson for Ben Taub, a safety net hospital.

“We will have a significant amount of staff affected by this. … They are under their own distress.”

Yet for now, many of those nurses are caring for their patients at health care facilities throughout the region.

The hospitals and other facilities affected by Hurricane Harvey

Ben Taub General Hospital, part of the Harris Health System in Houston, has experienced flooding in the basement, affecting some critical support services, including food, pharmacy and central supply operations. The hospital announced the need for food and on Monday night; it received a food delivery and fresh linens. Power has remained on.

The hospital tried moving some patients on Sunday, August 27, but flooding was too severe. Ambulances could not get to the facility. The water has receded enough immediately around the hospital so that ambulances can get through.

We are methodically working through a transfer for up to 60 patients,” McLeod said. “It started last night with six critical care patients moved to a variety of health care facilities in Southeast and East Texas.”

McLeod explained that hospital officials wanted to free up beds.

“Being a Level 1 trauma center, what we expect is we will have an influx of trauma patients,” McLeod said. “We are trying to move our med-surg patients that we can to other locations so we can prepare for that inevitability.”

Ben Taub and Lyndon B. Johnson Hospital remain open but have restricted access, with no visitation. Harris Health has closed the Ambulatory Surgical Center at LBJ, all 46 ambulatory clinics and administrative offices through Wednesday, August 30.

Floodwater filled the lobby of the University of Texas MD Anderson Cancer Center, also at Texas Medical Center, which now is closed, as are its Woodlands, Sugar Land, West Houston and other locations in the Houston area. MD Anderson locations near Austin, Texas, are open.

With the exception of Ben Taub and MD Anderson, hospitals at Texas Medical Center continue to accept emergency patients, but most elective and nonemergency procedures have been deferred. Several of the hospitals installed flood gates after Tropical Storm Allison in 2001.

The hospitals sheltered-in-place. Most of the hospitals’ nurses and other staff are staying at the facilities, resting and then working in rotating shifts.

Texas Children’s Hospital at the Texas Medical Center brought in women with high-risk pregnancies who could deliver during the storm and housed them at a hotel on the campus.

HCA has donated $2 million to hurricane relief, $1 million to the American Red Cross and a match of employees’ donations to the HCA Hope Fund, the company’s employee assistance nonprofit organization, up to $1 million.

“HCA’s culture of caring is never more evident than when adversity strikes, and I’m proud to say that over the last few days countless members of the HCA family have pulled together to support the needs of our facilities in Houston and Corpus Christi,” said Milton Johnson, chairman and chief executive officer of HCA.

Citizens Medical Center in Victoria, southwest of Houston conducted a mass evacuation over the weekend.

Inpatients at DeTar Hospital North, also in Victoria, were discharged or transferred. The emergency department and all other services are closed. The emergency department at DeTar Hospital Navarro, in Victoria, is open but patients are not being admitted and will not be until a permanent water supply is re-established. Navarro is operating on generator power.

University of Texas Medical Branch in Galveston closed its clinics but the hospital and emergency department remained open as the storm approached.

Harvey, a category 4 hurricane, made its first landfall on Friday, August 25, 2017, between Port Aransas and Port O'Connor, Texas. The storm circled around and was expected to make landfall again, as a tropical storm, on August 30, according to the National Hurricane Center.

National Weather Service Director Louis Uccellini warned during a press conference that five to six inches of rain per hour were falling on Monday, August 28, 2017. More than 48 inches of rain have fallen.

“We are seeing catastrophic flooding and this will likely expand and persist as it is slow to recede,” Uccellini said.

Governor Greg Abbott activated the entire Texas National Guard in response to the hurricane, deployed guardsman total about 12,000 guardsmen, who are working with Federal Emergency Management personnel and troops.

“We are prepared to continue responding around the clock,” Abbott said.

Major Gen James Witham, director of domestic operations for the National Guard, called this a long-term effort and different than usual. He anticipates deploying thousands more guardsmen as the response drags on.

“Our response is nothing like we have responded to before; our response is different because of the nature of [this storm],” Witham said.

A note of thanks to the nurses and staff

The staff at American Mobile Healthcare would like to thank all of our travel nurses—along with all of the nurses and healthcare personnel in the region—who are working so diligently during this disaster to continue caring for patients. Our hearts are with you.